‘A shutdown now would be a death sentence’: Some suburban restaurants plan to defy closure order 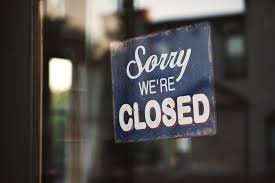 While other nearby restaurants shut their doors to indoor dining Friday, Ki’s Steak and Seafood in Glendale Heights will still welcome people in.

“We are Americans. We R free and open,” reads its sign, along busy North Avenue.

The owner of the 86-year-old restaurant says he is openly defying Gov. J.B. Pritzker’s order that, due to an increase in the positivity rate of COVID-19 tests, indoor dining be temporarily suspended in DuPage, Kane, Will and Kankakee counties.

“A shutdown now would be a death sentence,” said Spiro Roumpas, pointing to weather issues with outdoor dining.

“We’re not trying to get political or pick a fight with the governor,” he said. “I think everybody should be open.”

BrauerHouse pub in Lombard intends to stay open as well, even though Pritzker has said the state may revoke liquor licenses of places that do so.

“If I have to close, what’s the use of having a liquor license?” owner Bobby DeMaria said.

And DeMaria said he won’t be alone. He said he has heard, informally, of a number of other restaurants and bars that will refuse to close.

But, she said, “This time I am a little upset. He (Pritzker) needs to look at this a little bit deeper because we (restaurants) are not the cause of the spread.

“I feel that we restaurants are just an easy target.”

Irvin said in Aurora much of the increase in cases in October has been traced to private gatherings of relatives and friends.

Aurora Pancake House owner Uriel Arceo visited the news conference to try to get city officials’ attention. Arceo said it’s not fair that his restaurant has to close, but the Hollywood Casino can stay open.

“Is it really about health concerns?” he said.

On Facebook, other establishments were a bit more strident.

“We will be closing at midnight on Thursday until our worthless Governor is done playing political games,” said a Facebook post by Bandito Barney’s Beach Club bar in East Dundee.

“We are now seeing the entire state is moving up in terms of hospitalization, in terms of ICU beds, ventilators, and death, not to mention the cases,” Pritzker said. “And so, we are being very serious and very focused on having the state police not only issue warnings but also issue citations if necessary. We are asking state’s attorneys to simply follow through on those citations, these are monetary citations.

“We also will look to remove people’s liquor licenses (or) and gaming license if they will not follow the resurgence mitigations that are put into place.”

Irvin said Aurora will continue to rely on the Kane County Health Department and the Kane County sheriff’s office to enforce the state orders. Much of Aurora, including its downtown, is located in Kane County.

“We’ll continue what we’ve been doing alongside the (county) health department in compliance requests with noncompliant entities in both unincorporated and incorporated areas. The health department and the state’s attorney will guide any enforcement action for egregious violators,” Kane County Sheriff Ron Hain said.

Kane County Health Department spokesman Susan Stack said when the health department gets a complaint, it contacts the business, reminds owners of the governor’s orders and provides them with guidance. “We hope that the facilities will comply,” she said.

Karen Ayala, the executive director of DuPage County’s health department, said the department investigates complaints. And when contact tracing shows a food establishment may be involved, “we collaborate with those establishments to ensure any clusters or outbreaks are contained.”

“I understand the impact these new mitigation strategies have on our local businesses. We are here as a resource to support our communities, as together we navigate this difficult time,” Ayala said.