As Entire State Heads Toward Tighter COVID Restrictions, Pritzker Urges People To Support Small Businesses; ‘It’s How We All Can Keep Each Other Going’ 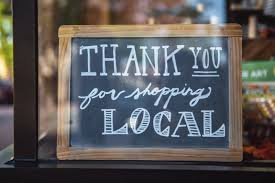 With every region of Illinois soon to face tighter COVID-19 restrictions, including a ban on indoor dining and bar service, Gov. JB Pritzker on Monday urged people to shop at small businesses and order takeout from local restaurants to help them survive the pandemic amid a second surge of COVID-19.

When the new rules take effect Wednesday in Region 2, the entire state will be facing added mitigations; including a ban on indoor service at bars and restaurants; a limit of the lesser of 25 people or 25% room capacity for public gatherings; shutting down party buses; and requiring bars, restaurants and casinos to close at 11 p.m. Reservations also will be required for all guests at bars and restaurants.

Pritzker said, in hopes of keeping the economy forward until positivity rates and hospitalizations from the virus can be brought under better control, people should do everything they can to support small local businesses.

“These are the heroes who are the lifeblood of our communities, and they’re our job creators,” he said. “Instead of going to a big box store to buy everything, try your local retailer; and order lunch, and dinner, and even a beverage from your local restaurant or tavern. It’s how we all can keep each other going.”

The governor said $175 million in financial aid for small businesses is still available through the state’s Business Interruption Grants program, which offers relief funds for small businesses still suffering during the pandemic. Pritzker said businesses most impacted by regional COVID restrictions — such as bars, restaurants, theaters, and other entertainment venues — will be given priority for the grants.

On Monday, the Illinois Department of Public Health announced 6,222 new confirmed cases of COVID-19 statewide, as well as 20 additional deaths. It’s the sixth day in a row the state has reported at least 6,000 new cases of the virus.

The statewide seven-day average case positivity rate in Illinois now stands at 8.1%, the first time it’s been above 8% since late May.

Hospitalizations also continue to rise, with 3,371 coronavirus patients being treated in Illinois hospitals as of Sunday night, including 722 people in intensive care, and 298 on ventilators. Those figures are the highest they’ve been since late May and early June.

“The virus is spreading, and every region of the state is suffering from its insidious invisible contagion,” the governor said.

Pritzker said all 11 regions of the state have seen their average positivity rate climb over the past week, and he hopes the new restrictions that have been ordered across Illinois will help reverse that trend, although he acknowledged it could take several weeks to do so.

“Nothing we can do will immediately reduce the positivity rates or hospitalizations, but our resurgence mitigations are designed to have an impact over several weeks, as long as everyone takes some responsibility for masking, social distancing, and following the CDC and IDPH guidelines,” he said.

The governor noted the Metro East area near St. Louis (Region 4) and Will and Kankakee counties (Region 7) underwent tighter mitigations earlier this year, and were able to reduce their positivity rates to emerge from those rollbacks of reopening efforts.

“Every region is going the wrong direction. We have got to make sure that everybody’s following the rules here,” Pritzker said. “Please, please, please to everybody: wear a mask. Wear a mask and keep socially distance. If we did that, I promise you we can bring these positivity rates down all across the state, and particularly in the rural areas which are being most terribly affected right now.”

Pritzker also denied rumors that he is preparing to order the entire state back to Phase 3 of the state’s reopening plan, meaning bars and restaurants would be open only for takeout and delivery, gyms and fitness clubs would be limited to outdoor classes, remote learning would be required at all schools, and public gatherings would be limited to 10 people, among other restrictions.

“That’s not a plan, no,” Pritzker said. “Obviously that’s an option, I guess, but whatever you heard is not accurate. I have not had any discussions about that.”

However, Pritzker acknowledged that regions that continue to see rises in COVID cases after undergoing added restrictions could see those rules tightened further. Region 1 in northwestern Illinois already is under the second tier of increased restrictions; including a 10-person limit on public gatherings, down from 25, and a limit of six people per table at bars and restaurants.

Despite those limits, Region 1’s positivity rate has continued to climb, now standing at 14.6%, and if that trend continues, it could face Tier 3 mitigations; which would include limiting bars and restaurants to takeout and delivery only, suspending elective surgeries and medical procedures, and suspending all non-essential businesses, meaning only essential businesses like grocery stores and pharmacies would be allowed to stay open.

Illinois Public Health Director Dr. Ngozi Ezike said, with the holiday season only weeks away, people across Illinois should commit to safe celebrations, and minimize private gatherings, to limit the spread of the virus.

“Keep them virtual, or keep them super small,” she said. “Follow our guidelines on how to celebrate safely, so that we will have future celebrations to enjoy together.”

“As the pandemic continues, let’s honor those that we have lost by committing to slow the death toll, and we can do that by wearing a mask, by washing our hands, and by watching our distance,” she added.