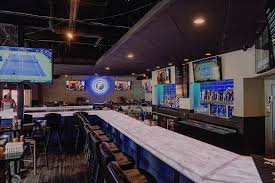 Yes, he’s aware of the state’s order directing Rockford-area bars and restaurants to stop all indoor dining and bar service until the region has a better handle on the novel coronavirus pandemic.

Fosberg just doesn’t think bars and restaurants have anything to do with the spread of the virus, and he doesn’t think he’s under any legal obligation to follow Gov. JB Pritzker’s latest executive order.

“According to our attorney, there’s no law that says you can shut down indoor dining,” Fosberg said. “We’re not breaking any laws.

“We’re following the same rules that were put in place before when dining reopened. We have no live music, no dancing, 6 feet between tables, masks for all of our staff.”

Fosberg is far from alone. Hundreds of restaurant and bar owners and their supporters attended a meeting at Giovanni’s earlier this month where Fosberg’s lawyer, Thomas DeVore of Greenville, advised business owners to not follow the new orders.

And the list of area businesses being cited for failure to comply with the state’s COVID-19 resurgence mitigation efforts continues to grow.

It started last month with six businesses, all of which were cited for failure to comply with regulations regarding the wearing of face masks.

Since the new orders went into effect Saturday, about a dozen more businesses — Fosberg’s included — have been cited by the Winnebago County Health Department — most of them for failing to suspend indoor dining services.

Fosberg said he’s willing to listen to why bars and restaurants should shut down, but until he gets a good answer, he’s not going to do it.

“I feel this is very, very political,” he said. “I don’t think it is really about science, because we’re not being given any kind of real science for why bars and restaurants are the key industry that needs to be shut down.

“Why is outdoor dining in an enclosed tent OK but inside dining is not? Why not shut down the grocery stores? Why not just shut down businesses where there are outbreaks? … People should have the right to go where they want to go. People that are at risk should stay home and quarantine, don’t leave their house and wait for a vaccination.”

The Winnebago County Health Department plans to continue with local enforcement efforts which include issuing businesses notices of non-compliance and following up with further actions such as fines and orders to disperse if businesses continue to operate against mitigation efforts.

As of Friday, the nine counties in northwest Illinois known as Region 1 is the only region in the state under what the state is calling “resurgence mitigation,” additional restrictions for a specific area seeing rising numbers of COVID-19 infections in their area.

After one week of resurgence mitigation, the Rockford region is seeing its COVID-19 test positivity rate increase rather than decrease. As of Wednesday, the most recent date the regional rate is available, the rate was 8.9%.

According to Restore Illinois, the region’s positivity rate must fall to 6.5% or less for three straight days before it resurgence mitigation can go away.

Despite numerous requests from area legislators and elected officials, including a letter from Rockford Mayor Tom McNamara and state Rep. Maurice West II pleading with the governor to loosen the restrictions on Region 1, the order remains in place.

“Simply put, with the order on October 3 to suspend indoor dining, we may be seeing the end of many locally-owned establishments that simply cannot survive a second prolonged shutdown,” McNamara and West wrote. “These are longstanding businesses that anchor neighborhoods that will close and never reopen.

Two other regions in Illinois have been put on resurgence mitigation in recent months and both have since been taken off by lowering their COVID-19 positivity rates.

Toni’s of Winnebago owner Michelle Princer is another area business owner who has been vocal the past week about keeping her dining room open.

Toni’s was cited for a face mask violation in September, but according to the Winnebago County Health Department’s website, she has not been cited yet for indoor dining.

“Never again in my bar and dining room do I want to see weariness, fatigue and loneliness like I have witnessed after the last closure of my restaurant,” Princer wrote on her restaurant’s Facebook Page. “I helped to ’flatten’ the curve. … We all did. I never agreed to flatten the spirit.

“This is the truth of Toni’s of Winnebago and its family of customers and employees. It is risky, yes, but for my community and my freedoms I believe the risk is worth the reward.”

This shutdown is different than the last one, Fosberg argued.

Unlike the last shutdown, when there were millions of dollars available to businesses to help them pay their rent and bills and additional unemployment payments for out-of-work bartenders, servers and cooks, this additional round of mitigation is without the same level of financial support.

“I’ll shut down right now if Pritzker wants to take care of my rent and take care of the unemployment I’m going to have to pay in the future,” Fosberg said.

Over at Fozzy’s on Friday afternoon, bartender Jessica Phillips said she’s grateful for her job and her boss’ decision to stay open.

“It is our livelihood for a lot of the girls that work here,” Phillips said. “If they would have closed again, it would have meant everybody had a setback again.”