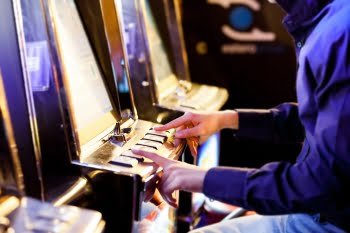 Brookfield village trustees at their next meeting on July 27 are expected to allow bars and restaurants that have video gambling machines to increase the number of terminals in those businesses from five to six.

The move comes just weeks after bars and restaurants were able to reopen their indoor service areas to business after being closed for more than three months due to the COVID-19 pandemic. The state of Illinois turned gaming machines back on July 1.

“We’re definitely for the sixth game,” said Gayle Sorensen of the Cordial Inn, which has consistently been the most profitable establishment in terms of video gambling in Brookfield since the machines were legalized by the state of Illinois in 2012.

Although the annual revenues from video gambling have declined a bit since the first couple of years, Cordial Inn in 2019 cleared $178,663 as its share, after the state, the village and the video game vendor took their cuts.

But, 2020 has not been kind in terms of video gambling revenues due to the COVID-19 epidemic and shutdown of Illinois bars and video gambling between March 17 and July 1.

Through June, Cordial Inn has seen just $34,823 this year, putting them far behind where they might have expected to be at this time under normal circumstances.

The Illinois General Assembly increased the total number of video gambling machines allowed in one establishment from five to six in June 2019. However, municipal governments retained the right to regulate how many games were allowed locally, and Brookfield maintained its five-machine limit.

With many bars and restaurants hurting due to the prolonged closure and ongoing capacity limits, elected officials have softened that stance.

Tony Hernandez Jr., representing Tony’s Family Restaurant on Ogden Avenue, told trustees that a sixth machine would generate needed revenue during a period where bills have continued to come in while revenues have tapered off.

“A sixth machine would help generate some revenue for a lot of these businesses who had a hard time during this COVID epidemic,” Hernandez said. There’s a lot of people here that their livelihood depends on some of these machines to help with the mortgage [and other expenses]. These things have never stopped during this COVID epidemic. We constantly have bills that continue to come in, so a sixth machine would definitely be a nice kiss on the cheek.”

According to Illinois Gaming Board, which regulates video gambling, there are 14 establishments in Brookfield that offer gaming on a total of 68 machines. All but two establishments have the five-machine maximum. The Brookfield Elks Club and Sebastian’s Ale House have four each.

If each establishment installs the maximum number, that would increase the village’s total by 16 – from 58 to 84. The village would also be in line for a bit more revenue.

During the village board’s brief discussion of the subject at its July 13 meeting, trustees voiced no opposition to increasing the number of machines per establishment.