Butler plays a game for research 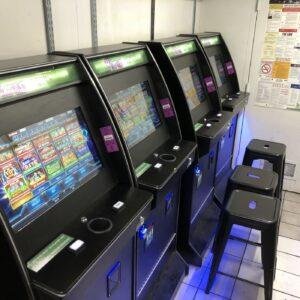 State Rep. Tim Butler, R-Springfield, mixed some work and play last weekend as he and Rep. Kelly Cassidy, D-Chicago, did some legislative research by going to a bar in her district.

Butler is the House GOP caucus point person on gaming issues, and last fall he introduced a bill to outlaw use of sweepstakes machines — similar to video gaming machines that are regulated and taxed by the state, but not under such regulation.

Still, Butler had never played one. So while in Chicago, he and Cassidy — a top co-sponsor of the legislation, House Bill 3940 — went to a bar in her district that had the machines.

Butler put $30 into the machine and took a loss, getting $16 from the bartender. Cassidy was a winner, getting $13 for her $10 investment.

Butler said he had been told by an industry representative that cash for sweepstakes winnings aren’t condoned, and there’s a way to go online to get merchandise. But the experience in the bar confirmed for Butler that there’s not that much difference between unregulated sweepstakes machines and video terminals that can only operate with state Gaming Board approval, and involving background checks and payment of taxes.

“If you want to participate in gaming like this, you need to go through the process that we’ve set up,” Butler said.

While businesses in Springfield and surrounding communities have become video-gaming hotbeds, with many restaurants, bars and convenience stories sporting the machines, Butler isn’t aware of sweepstakes machines in the area. But they are big in the city of Chicago, he said, as city leaders there don’t allow the regular video gaming terminal.

Butler’s bill has more than 40 co-sponsors.