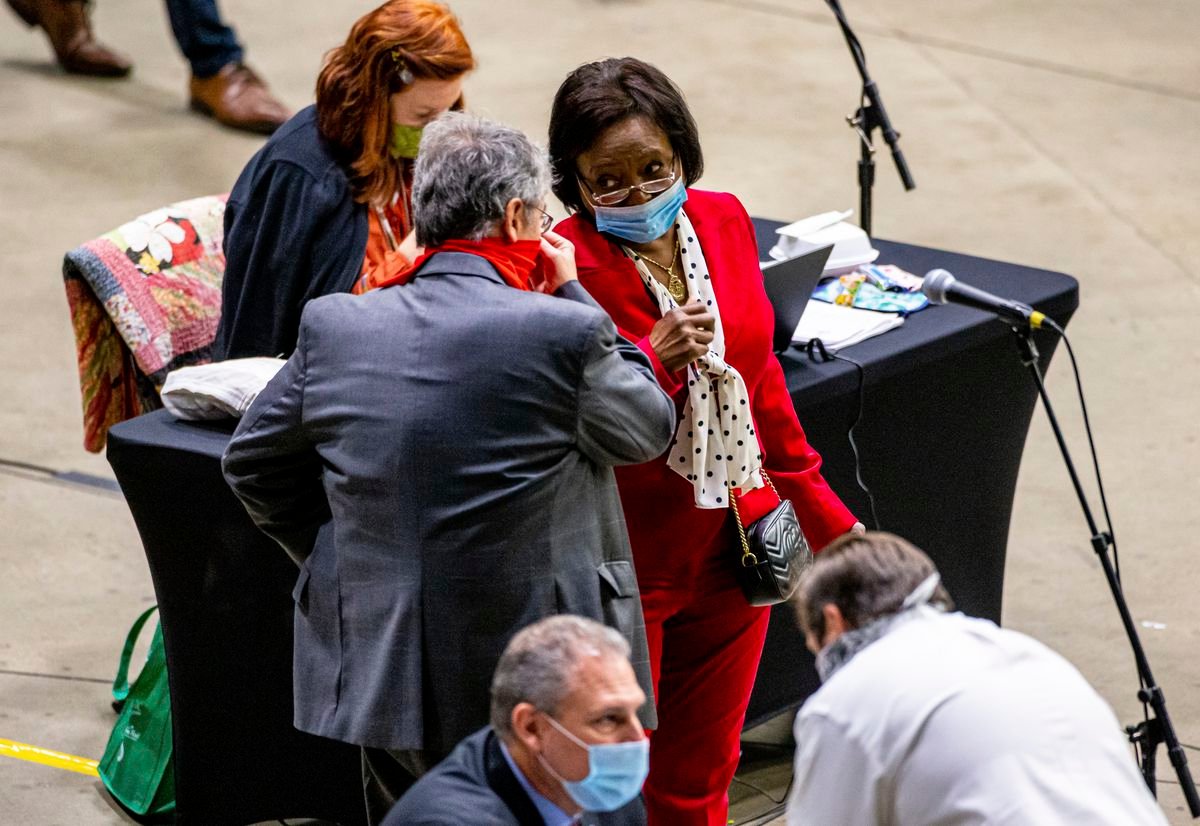 After months of behind-the-scenes lobbying, Chicago Mayor Lori Lightfoot scored a major victory in Springfield during the legislature’s pandemic-driven special session by convincing enough suburban and Downstate lawmakers to support her plan to overhaul the taxes for a long-discussed city casino.

In addition to a couple of perks for downstate gambling interests, the legislation’s passage benefited from an increased urgency for funds to support a statewide capital construction plan, which relies on gambling revenue.

The bill approved with bipartisan support in the Illinois House and Senate potentially puts a project that has eluded mayors for decades on a clearer path toward becoming reality.

Supporters say it’s also a big win for the rest of the state, which would benefit from hundreds of millions of dollars in new revenue for public buildings, parks and other projects through Gov. J.B. Pritzker’s $45 billion “Rebuild Illinois” infrastructure plan.

At the same time, questions remain about how lucrative a new gambling emporium will be as state revenue from existing casinos has been in decline for a decade, even before COVID-19 choked the economy and led to the temporary closure of Illinois casinos.

Lightfoot came up short in her campaign to get lawmakers to amend the casino taxes during their fall veto session. She had to convince enough suburban and Downstate lawmakers to vote for what opponents — and even some legislators who voted in favor of the bill — characterized as a special deal for the city.

Lawmakers on both sides of the aisle credited Lightfoot and her team for doing the work necessary to marshal enough support for her plan.

“She wasn’t afraid to call, whether Democrats or Republicans,” Rita said.

The measure amends a number of items in the landmark gambling legislation passed in the spring 2019 legislative session.

The legislation, which still requires Pritzker’s signature, would do away with a 33.3% city tax on post-payout revenue in favor of a graduated tax structure on slot machines and table games.

The city’s cut from slots, for example, would range from 10.5% on revenue up to $25 million to 34.7% on revenue above $1 billion. Outside the city, local governments only get a 5% cut from their casinos and in some cases have to split that with other nearby localities.

After legislators approved the Chicago license last spring, Lightfoot said she would have preferred a city-owned casino but cast the legislation as a win after decades of inaction in Springfield.

An August report by a gambling consultant — required in the legislation at the city’s request — threw cold water on the plan. The consultant said what it called a “very onerous” tax structure meant five sites the Lightfoot administration identified on the South and West sides weren’t viable because they wouldn’t attract enough tourists, leading to low single-digit profit margins, at best, for any operator.

The casino study pointed to the merits of a downtown location close to hotels and other attractions, instead of in outlying neighborhoods that out-of-towners with money to spend might deem unsafe.

But backing a mega-casino and entertainment complex in the touristy part of the city would be particularly tricky for Lightfoot, who ran for mayor promising to turn City Hall’s focus to helping struggling Chicagoans after her predecessor, Mayor Rahm Emanuel, was seen as favoring the wealthier parts of town.

The mayor headed back to Springfield in the fall veto session, vowing to find the votes to get the tax structure for the casino changed. She came up empty and was left making the case to reporters that the attempt hadn’t been a failure. “I wouldn’t say that we struck out. We actually came quite close,” Lightfoot said in November.

The mayor ascribed her success in Springfield this time to repeatedly making her case to lawmakers who got to know her and her casino message better with each conversation.

“Really we just kept working it since December,” Lightfoot said. “We did kind of a postmortem with a number of members after the veto session last year. We continued to talk to them and kept the message simple, simple, simple about what the needs were.”

For a mayor who has drawn criticism from some Chicago aldermen for not doing enough to reach out to them to listen to their concerns, the talk of a dogged campaign to win over fence-sitting Downstate legislators is striking.

“I made a lot of calls. I took a lot of meetings pre-COVID,” Lightfoot said. “I went down to Peoria and met with two state reps and a state senator down there. There was nobody I wouldn’t call to make the case for the Chicago casino.”

Republican Rep. Tim Butler of Springfield said increased communication from Lightfoot and her team played a significant role in the passage of the Chicago casino legislation this spring.

In November, Butler, who has led gambling negotiations for his caucus, expressed frustration on the House floor that Lightfoot’s team hadn’t reached out to him — “not a phone call, not an email, not a meeting — to talk about the Chicago casino.”

This winter, Butler met with Lightfoot and her team to discuss the city’s proposal when he was in Chicago. And in February, Lightfoot traveled to Springfield to meet with lawmakers from both parties before the coronavirus led legislative leaders to cancel much of the spring session. Lighfoot said at the time that the casino dominated those discussions.

Lightfoot met with House Republicans for about an hour in February, which “did a lot of good,” Butler said this week.

“The mayor and her team worked diligently on this and got people involved, and honestly, I think at the end of the day that’s why it was able to get through,” Butler said.

The economic catastrophe of the pandemic also made it harder for members of the General Assembly to vote against the casino money the state is counting on to help pay for its capital spending plan, as well as the union construction jobs that will be created when it gets built, Lightfoot said.

“I think the COVID reality of the state economy hit home for folks, really hammered home that this was about jobs, about opportunity, about funding the vertical capital projects that legislators wanted,” she said.

“It didn’t mean that the bias that some people have against Chicago disappeared. It didn’t,” Lightfoot added. “But I think the economic realities that everyone is facing became even more focused because of the COVID impact.”

Still, Lightfoot’s sales pitch wasn’t convincing to everyone, including one key lawmaker who nonetheless voted in favor of the bill.

“I still thought the Chicago portion of it was clearly unfair to all the other communities that have casinos,” said Republican Sen. Dave Syverson of Rockford, a longtime proponent of a casino in his city that also was approved in last year’s gambling expansion. “They are getting a far better deal than other cities like Rockford that are economically struggling much worse.”

In the end, other components of the bill were enough to win his support, Syverson said.

One was a measure allowing video gambling machines at the state fairs in Springfield and Du Quoin. Another — backed by supporters of a proposed Danville casino, among others — would allow the application process to start over if the Illinois Gaming Board hasn’t awarded a license within the time frame outlined in last year’s expansion.

Despite the inclusion of a handful of side issues, another key to passing the bill was keeping it focused narrowly on the Chicago casino.

The limited scope meant one key issue, explicitly banning sweepstakes gambling machines, which regulators and some lawmakers have been pushing for years, was not acted on.

Looking ahead, Lightfoot would like to move quickly to start hearing from prospective operators, but right now the pandemic makes that a losing proposition.

“My understanding is that some of the Las Vegas casinos are going to start coming back online next week, so we’ll be watching that with great interest,” she said. “But right now, if we went into the marketplace, we probably wouldn’t get any bidders because the gaming market is so unsettled right now.”

Instead, Lightfoot said she’ll start working to identify potential sites and drafting bidding documents so that when the city feels like the market is in a better spot, they can move fast.