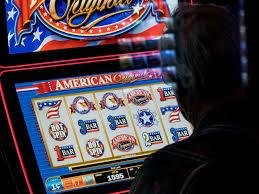 City Council voted to increase the number of gaming terminals a business could have on Tuesday night.

Even though council gave approval, it wasn’t with enthusiasm. Four voted yes, one said no, and another abstained.

Councilwoman Shirese Hursey was one who reluctantly voted yes, and said she was torn on her decision.

“It has become an issue regarding people losing their businesses because of the fact Champaign does have, and they do allow, six video gaming machines. And so, people are crossing over to Champaign,” said Hursey in the meeting. She also brought up her concern over people with gambling addictions, but said people will make the choices they are going to make, and “people are going to play where they’re going to play.”

“I don’t want to encourage it, but I don’t think the city can necessarily legislate morals,” said Roberts. “We don’t have a blue law on alcohol sales in particular here in this community. People can go and buy whatever liquor they want to, and that can also be an addiction.”