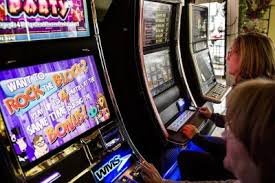 Most of us are familiar with the lasting tale of the golden goose first told by Aesop, the Greek moralist. In his fable, a farmer killed his golden goose because he was greedy.

The farmer wanted more golden eggs than the single one the goose could lay daily, so he killed it hoping to get rich quick and find its body full of them. It was a short-sighted action and left the farmer with no more golden eggs.

This tale should be included in future packets for Waukegan city officials who may be on the path to killing their golden goose, video gaming. Or, at least finding themselves in a costly and protracted legal fight.

As expected, aldermen and women voted this week, ironically via a video-conferenced City Council meeting, to enact a so-called “push tax” on the hundreds of video gambling machines throughout the city. Like similar laws in a few other suburban locales, the pay-to-play, one-cent tax is levied every time a button is pushed to gamble.

Even adopting a proposed budget in the midst of the coronavirus pandemic is a bold move. Or a risky wager.

Despite warnings from restaurant and bar owners of substantial loss in revenue from video gaming in the city, Waukegan officials went full speed ahead, according to Emily Coleman’s front-page story. Even Mayor Sam Cunningham cast his vote in the 6-3 decision to impose the “push tax” and give bars and restaurants a sixth gaming machine.

The home-rule action ignored pleas from owners of restaurants and bars which have the gambling devices and keep many of them afloat. Most of the city’s license holders pleaded with aldermen and women in a letter opposing installing the “push tax”.

The tax will “increase the already overwhelming burden on our local hospitality business community,” the letter stated. It was signed by owners of venues ranging from Green Town Tavern in Waukegan’s downtown, to the Red Iguana on the West Side, to Up North Tap on the North Side and Ten-Lew Liquors on the South Side.

“We are at a precarious time, and the future of our families and the families of our employees are very uncertain,” the letter said logically. “The notion that our own local officials could even consider imposing an additional burden on us like fee increases or a so-called ‘push-tax’ seems cruel and unfathomable.”

Indeed, Illinois hospitality industry officials estimate that at least 25 percent of the state’s restaurateurs will not reopen their eateries once the pandemic crisis subsides and the OK is given to end sheltering in place. Owners even asked the City Council to hold off on the “push tax” until safer times, and they could appear in person to argue their case in opposition in a public debate.

That, too, was snubbed. So, too, was the axiom that a lot of the money government spends usually begins with local businesses.

City officials also disregarded license holders’ threat if the tax would be enacted, “we will be forced to take additional action to correct an incredible injustice.” They added: “This is the absolute worst time to rush and enact a punitive tax on our customers and our businesses.”

If they follow through, that means the city will find itself in court defending its “push tax” vote in what is currently a legal limbo. Last month, a state gaming association sued Oak Lawn in the south suburbs, which was the first municipality to implement the tax.

There also is a bill supported by the Illinois gaming industry making its way through the legislature which would ban municipalities from adopting measures to further tax video gambling machines than what state law allows. Some gaming machine owners have threatened to pull them out of the few towns which have approved the “push tax”. There certainly are communities near Waukegan where video gamers can take their gambling dollars.

Waukegan’s quick action on the “push tax” is another one of those harbinger of failures, where city leaders over the decades have had the star-crossed knack for making the wrong decisions. One would hope this decision impacting the city’s golden goose doesn’t turn out to be another dud as video-game operators predict.