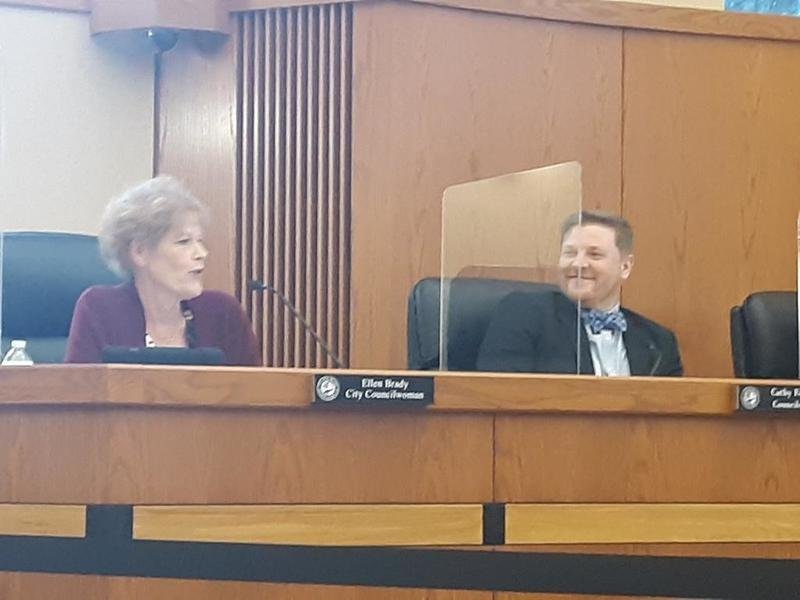 The change was narrowly approved by the council 4-3, with proponents arguing more terminals would mean more tax revenue for the city and opponents arguing the current limit is sufficient. Council members Ellen Brady, Cameron Hubbard, Mandy Montford and Acting Mayor Haig Haleblian voted in favor of the increase while Council members Cathy Ferguson, Ian Philpot and Brett Hopkins voted against it.

With Tuesday’s vote, each establishment will now be allowed to have up to six machines, the maximum allowed in Illinois.

Annually, the city collects about $132,000 in tax revenue from video gambling terminals, Deputy City Manager Eric Helm said. This number won’t necessarily double with the increase in allowed terminals because all businesses may not add all of the machines allowed. If a business were to add a couple machines, the city would see a sizable increase in revenue, Helm said.

When Crystal Lake first approved video gambling in the city, it was allocated toward Three Oaks Recreation Area, and that’s what it’s been used for since, City Manager Gary Mayerhofer said. All other parts of Crystal Lake’s video gambling ordinance remained the same.

Any business wanting to increase the number of video gaming terminals would need to submit an application and site plan to Crystal Lake, which city staff would then review to ensure that it follows city code and that the business also has state approval.

Crystal Lake currently has 14 bars and restaurants that offer video gambling, according to City Council documents. One of these has two terminals, while the rest of the establishments have three, the maximum previously allowed.

Just over $21 million was gambled on Crystal Lake video gaming terminals from August 2019 through August 2020, according to Illinois Gaming Board data.

Brady said it isn’t up to her to tell people whether they should or should not participate in video gaming, adding that she didn’t to be the “moral police” for Crystal Lake.

“If that’s what people want to do with their recreation time, who am I to say if it’s right or wrong?” Brady said.

In response to a question from Brady, Crystal Lake Police Chief James Black said no crimes locally have been tied to video gaming that he is aware of. “So the world hasn’t become corrupt in Crystal Lake,” Brady said.

Increasing the number of terminals allowed would level the playing field for Crystal Lake businesses, especially those that sit on the edge of the city and are located near establishments allowed to have more machines, Brady said.

Brady added that video gambling is a way for the city to generate revenue without incurring expenses.

Ferguson, on the other hand, pointed out that the city does not allow strip clubs or gentleman clubs. She said she has worked with those hurt by compulsive gambling and so her perspective is different.

“We do define our community. It’s not a matter of morals. It’s a matter of defining the community we live in for me” she said, explaining her “no” vote.

Hopkins said he has always been a proponent for not voting in favor of video gambling but said Crystal Lake has done a good job at restricting signage and making barriers for places that do offer video gaming.

However, Hopkins said, he was having a hard time figuring out what problem the council would be solving by approving more terminals. He said he thought current three-terminal limit seemed to be working fine.

Haleblian, the acting mayor, said the revenues generated from video gaming aren’t a burden on the taxpayers, which is a big plus to him, and the money the businesses make can help the city improve its facilities and make additions that also benefit the community.

“We have to make it fair for our restaurateurs and bar owners, who have taken quite a hit in the last four or five months,” Haleblian said.