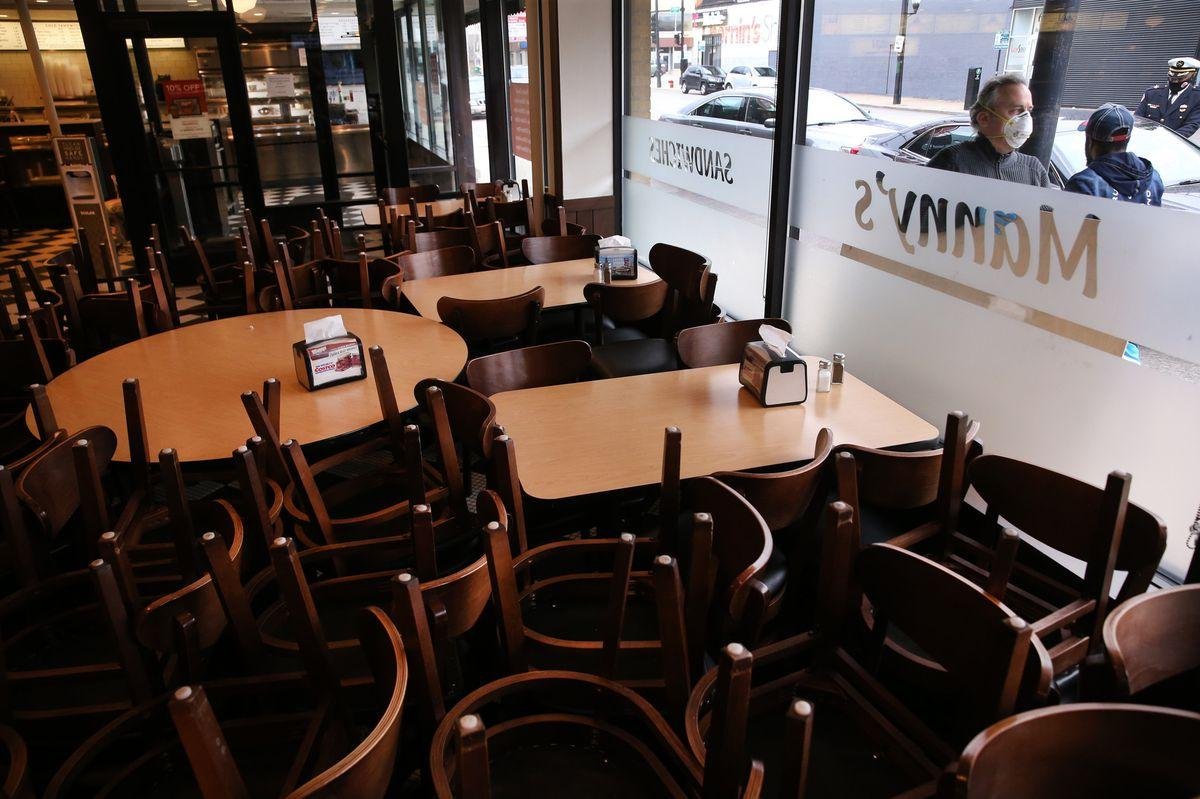 Remember the buzz of a busy, noisy restaurant, packed with people enjoying a meal in the company of others? That experience ended with Gov. J.B. Pritzker’s March 16 order closing restaurant dining rooms and bars due to the COVID-19 pandemic.

Under Pritzker’s recently announced five-step plan to reopen the state, they will remain closed until at least June 28. Pritzker made his decision on dining establishments without the advice of at least one industry trade organization. “We did not have any input until after the five-point plan was released,” Illinois Restaurant Association President Sam Toia told Tribune columnist John Kass.

That’s a pretty serious omission. The state’s bars and restaurants employed upward of 500,000 people at the time of the shutdown. To her credit, Mayor Lori Lightfoot has set up working groups with representatives of various sectors, including the food and beverage business, to provide recommendations. But even her slow reopening plan for the city of Chicago could end up strangling a once-thriving food and dining scene.

At some point, Pritzker and Lightfoot are going to need to trust the business community and the public to take baby steps on their own.

The restaurant industry has taken a severe pounding in the past two months. Forced to close dining rooms, many restaurants have shifted to selling food for pickup or delivery. But for places that relied mostly on sit-down patrons, the takeout model is a stopgap, not a sustainable model.

Rick Bayless, famed chef and owner of Frontera Grill and other Chicago restaurants, said during a recent panel discussion, “We’re doing a little less than 20% of the business we normally do.” He had to lay off 250 people. “We can’t pay our rent,” he noted.

R.J. Melman, whose Lettuce Entertain You Enterprises has 20 establishments trying this new approach, told the Tribune’s Phil Vettel, “Carryout/delivery is a drop in the bucket for what restaurants need to pay rent and cover overhead.”

If big-name restaurateurs are struggling, imagine what life is like for the people behind neighborhood diners and obscure taquerias.

Toia suggests letting restaurants reopen for dining at 25% capacity starting June 1, with new measures in place. “We would have a lot of restrictions,” Toia told the Sun-Times. “Personal protective equipment. Face coverings. Social distancing. Taking the temperature of employees when they come in to work.”

That sounds like a reasonable approach that would greatly reduce health risks without suffocating the industry. Giving it a try starting June 1 instead of June 28 may be, for many businesses, the difference between survival and doom.

Some states, including Texas, Georgia and Arizona, have chosen to let restaurants resume dine-in service sooner. Indiana allowed them to reopen at 50% capacity in most of the state May 4, with the rest freed up May 11.

As Toia suggests, Pritzker could move up the reopening date in Illinois while keeping an eye on those states in the next three weeks. If they encounter a spike in coronavirus cases, he can always postpone it. If not, he can proceed with some confidence.

With appropriate safeguards in place, there is every reason to think the state can contain the virus while preserving the industry. But the longer the governor delays, the fewer establishments there will be left to preserve.