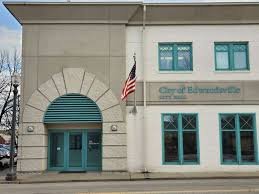 City council members agreed to approve video gaming for the Moose Lodge and American Legion Post #199 by a 5-2 vote Tuesday. Aldermen Chris Farrar and Janet Stack voted against the ordinance.

The ordinance will permit regulated and restrictive video gaming in town for Class D liquor license holders (not-for-profit clubs, fraternal and veterans’ organizations). These licensees will be able to apply for a license with background checks and allow up to six machines per location. Maximum bet limits and maximum cash awards will be set by state statute.

Areas will be restricted to players 21 years old and older in no more than 180-square-feet with opaque screening. Signage will be limited.

Taxes collected by the city from video gaming will go to the community redevelopment fund while licensing fees collected per machine ($500) will offset administrative costs and be managed in the city’s general fund. Additional fees include annual fees of $250 and terminal applications of $100.

Next fall, the city council will review the ordinance to consider the effects of video gaming on the community and decide whether to expand the ordinance or repeal it, based on that review.

The aldermen also put forth the first reading of an ordinance to rename Ninian Edwards Plaza. The draft ordinance would re-name the small plaza at St. Louis and West Vandalia streets as City Plaza. City Plaza will be a placeholder name until a more appropriate moniker can be decided upon by the city council.

The city designated this area as Ninian Edwards Plaza on July 17, 2007. This past summer, an opposition group appeared on social media, advocating the removal of the statue and the renaming of the plaza based on Edwards’ ownership of slaves and his treatment of indigenous people. This ordinance will return to ACS on Nov. 12 before returning to city council on Nov. 17 for second reading and votes.