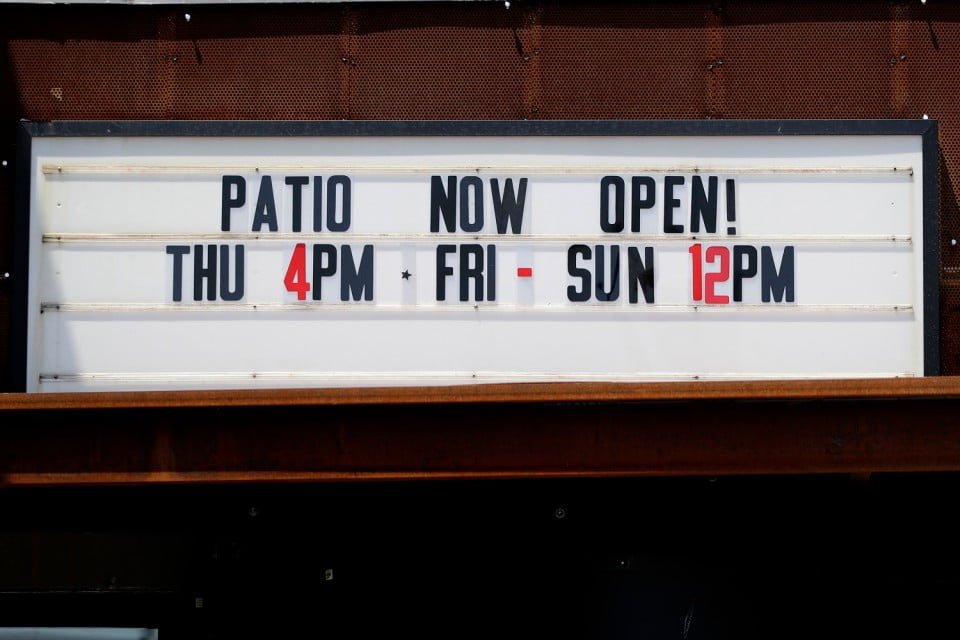 Illinois is heading in the wrong direction in stemming the spread of COVID-19, and officials should consider bringing back some restrictions, particularly on indoor dining at bars and restaurants, some health experts warn as the state suffers an increase in the number of daily new cases.

“It’s a catastrophe,” said Dr. Robert Murphy, a professor of medicine and infectious disease at Northwestern University’s Feinberg School of Medicine. Murphy said officials should “quickly” revive some coronavirus restrictions “before this gets even more out of control, which is certainly the direction that it’s going in.”

The state’s recent uptick in daily COVID-19 cases has once again thrown the state into the thorny debate over how to address a public health crisis without completely sacrificing its local economy. Some business owners, already struggling to make ends meet during the pandemic, say bringing back restrictions would unfairly punish establishments that were following the rules.

State officials on Sunday announced 954 new COVID-19 cases after seeing three days straight of daily counts that had topped 1,000. The seven-day average for the number of new cases in Illinois was 910 as of July 11, according to county and state figures compiled by The New York Times. A week ago, on July 5, the state’s daily average was 802 new cases.

More than 153,000 cases and more than 7,100 deaths have been reported in Illinois since March.

Sadiya Khan, an assistant professor of medicine at the Feinberg School of Medicine, stressed that the number of new cases alone does not paint a complete picture of the virus’ impact, but upticks in that number could be followed by increases in hospitalizations and deaths between two to six weeks later.

At that time, Pritzker said he was “not afraid” to bring back restrictions if infections surge again, adding, “Our state will not be one of the states that takes no action.”

Now, some health experts say the governor must act on that promise by once again banning indoor dining at bars and restaurants, which researchers say can be fertile ground for the virus. A Japanese study of 100 cases found that the chances of catching the coronavirus is 20 times higher indoors than outdoors.

“We never got down far enough to actually allow these kinds of gatherings to happen safely, unfortunately,” Murphy from Northwestern University said. “They got to take a step back — and the sooner they do it, the better.”

Sarah Cobey, an epidemiologist at the University of Chicago who has advised the state on COVID-19, said officials may not have to outright ban indoor dining again, but something needs to change.

Cobey said she and other scientists who have been tracking the virus believe infections began increasing even when restrictions were still in place for indoor dining during Phase 3 of Pritzker’s reopening plan.

“Phase 4 is certainly not going to be better,” she said. “Once we saw the increase in early Phase 4, we know because of the lags associated with testing and hospitalizations, that meant the actual increase in transmission must have happened in mid-June.”

Some bar owners say officials need to better enforce the rules that are already in place.

“I ride my bike around the city in the early evening, sometimes just taking a survey of looking through windows of bars around us,” said Michael Roper, owner of the popular Hopleaf bar and restaurant in Chicago’s Andersonville neighborhood. “And some of them … it’s as if it’s July 2019. And then you’ll see some other people who are really trying hard to be extremely safe.”

Roper said the Hopleaf is making between 20% and 25% of the revenue it would normally generate this time of year, and that’s not enough to cover upcoming property taxes and other bills. And outdoor dining can only go so far, Roper said, as rain and other bad weather conditions can make the limited number of outdoor seats unattractive.

“If we have business opportunities further cut, it just sends us closer to the abyss,” he said. “We’re hanging on by a thread right now.”

In Chicago, Mayor Lori Lightfoot has recently adopted a harsher tone with bars and restaurants that are not following coronavirus restrictions. The mayor this month warned the city will “shut down” establishments that violate the rules, and bars and restaurants must stop serving alcohol by 11 p.m. and close by midnight.

“We are being very, very cautious with the bars being open, and that’s why we’ve placed a lot of emphasis over the last week and 10 days about what absolutely needs to happen within bars to make sure they are doing everything possible to keep their workers safe and to keep their customers safe,” Lightfoot told reporters last week. “We are constantly monitoring that, and if we need to take some steps back, we won’t hesitate to do it.”

The mayor’s moves come as young adults in the city are increasingly testing positive for COVID-19, according to Dr. Allison Arwady, the commissioner of Chicago’s Department of Public Health.

Arwady told reporters on Friday that more and more young people are gathering in groups, and city officials have seen cases concentrated in the Lincoln Park and New City neighborhoods.

“There is no such thing as an entirely safe gathering,” Arwady said.

As Illinois cases began rising this month, Pritzker has increasingly urged residents to wear face masks and adhere to social-distancing measures, even calling for a national mandate on face masks during a congressional hearing this month.

“What’s happening in Florida, Texas or Arizona could happen right here in Illinois. Wearing a face covering could not be more important,” Pritzker tweeted on Saturday. Florida reported more than 15,000 new COVID-19 cases on Sunday, the most any state has announced in a single day during the pandemic.

Pritzker’s office and the Illinois Department of Public Health did not immediately return calls for comment.