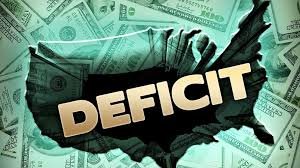 It’s been six weeks since we checked in on the state’s new sin taxes —�recreational marijuana and sports betting — and money has been pouring into government coffers.

Although COVID-19 is wreaking havoc on many other sectors of the economy, legal pot sales topped $75 million in October. That’s not just the best month of the year, it’s up more than $7.6 million from September and more than double February’s total, the leanest month since sales began on New Year’s Day.

October’s haul pushed the state past half a billion dollars for 2020. The daily average is 36,170 products sold for $1.66 million, with 25.3% coming from visitors. Last month the Illinois Department of Revenue announced it already collected more than $100 million in tax revenue through the end of August —�$69.7 million through the Cannabis Regulation Fund and $36.1 million in state and local taxes.

When the state legalized recreational pot sales it created the Restore, Reinvest and Renew Program, which already “announced $31.5 million in grant opportunities to organizations working in historically underserved communities across Illinois,” according to an IDOR release. It also said “that of the $105.9 million collected, at least $16.1 million will be directed to county and local governments with more on the way,” noting municipal marijuana sales taxes only started July 1.

The Illinois Gaming Board said sports gamblers put down more than $285 million in September alone and Illinois has taken in roughly $3 million in sports betting taxes in the past three months.

The state’s timing on this front couldn’t have been worse, with the first books going online in mid-March, right before coronavirus shut down sports across all levels. But with baseball, basketball, hockey and golf seasons somewhat salvaged and pro and college football in full swing, we’re starting to get an idea of whether Gov. JB Pritzker’s $100 million projection might one day be attainable.

These numbers are encouraging, but must be taken in full context. On the pot side, the state has been dragged into court over the fairness of its licensing program. Last week a Sangamon County judge denied a request for a temporary restraining order, meaning regulators can proceed with what essentially is a do-over in determining qualifications for licenses under social equity goals.

But the bigger picture issue is the state budget itself. Pritzker expects a $3.9 billion deficit when the fiscal year ends June 30 and his budget office projected a $4.8 billion hole in fiscal 2022. The bill backlog could get to $10.16 billion by June 30 and might nearly triple by fiscal 2026 to a staggering $33.16 billion. Predictions aren’t guarantees, but it’ll take way more than pot and betting to plug those holes.