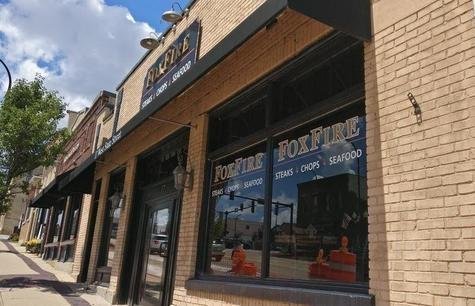 The owners of FoxFire restaurant in Geneva plan to take their fight against an indoor dining ban to the Illinois Supreme Court.

On Friday, Illinois’ 2nd District Appellate Court ordered a reversal of Kane County Judge Kevin Busch’s decision to grant a temporary restraining order to prevent the enforcement of a state-ordered indoor dining ban at restaurants in Kane and DuPage counties in response to a surge of COVID-19 cases and hospitalizations. In response, FoxFire plans to take the case to the Illinois Supreme Court.

“It is obvious to say that FoxFire is disappointed with the Appellate Court’s decision,” attorney R. Gregory Earl, III, of the Geneva-based ​firm Myers, Earl and Nelson said in a statement on Monday. “Unfortunately, the Second District has decided to play politics rather than applying the statute. This case is about separation of powers, which the Appellate Court has missed completely. Instead, the justice authoring the opinion misstates law and fact. Needless to say, FoxFire will file their appeal to the Supreme Court of Illinois where they hope justice will be served – against the governor’s overreach and for the ability of a local restaurant to continue to pursue its calling, safely.”

The court found that “the trial court abused its discretion by granting a temporary restraining order where the petitioner failed to establish a likelihood of success on the merits.” A ban on indoor dining and bar service went into on Oct. 23.

The owners of FoxFire restaurant had asked Busch to issue the restraining order to prevent Gov. JB Pritzker, the Illinois Department of Public Health and the Kane County Health Department from enforcing the indoor dining ban.

They also filed a lawsuit against the three parties. According to the lawsuit, Pritzker had exceeded the emergency powers that were given to him.

The suit also contended that the IDPH and the county health department acted beyond the authority granted to them.

Pritzker and the IDPH had asked for the order to be vacated and for the temporary restraining order to be dissolved. Busch agreed with the suit’s contention that Pritzker exceeded the 30-day emergency powers granted to him.

In March, Pritzker issued a disaster proclamation because of COVID-19.

However, the appellate court disagreed with his ruling.

“In addition to the clear language of the Emergency Management Act, these statutes all confirm our conclusion that the Legislature intended to allow the governor to issue successive disaster proclamations stemming from an ongoing disaster,” the court said. “Because the trial court therefore misapprehended the correct construction of the Act, it abused its discretion when it held that the governor was without power to make successive disaster proclamations in response to the COVID-19 pandemic and that FoxFire consequently established a likelihood of success on the merits.”

FoxFire previously had announced that it plans to keep its dining room open as a way to protest the new rules. K.C. Gulbro, one of the owners of FoxFire restaurant, said in an affidavit that a temporary shutdown of all indoor dining and drinks at FoxFire for more than a few days will lead to an “insurmountable” loss of income, putting the restaurant, along with countless others, out of business.

Gulbro owns the restaurant with his father, Curtis. The case will go before Busch at 9 a.m. Nov. 13 for a status hearing.