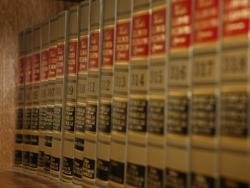 July 1 marks the start of a new fiscal year in Illinois.  It also means several new laws take effect.  Here is a rundown of some of those:

The minimum wage is going up in the state.  Workers across most of Illinois will see a boost in their pay to $10 per hour. That is up .75 cents from the bump they received the first of the year.  Those making minimum wage will continue to see annual hikes of a buck per hour each January until the hourly minimum hits $15.

The rates are higher in the Chicago area. It will go up to $14 in Chicago and to $13 in much of the rest of Cook County on Wednesday.

Governor J.B. Pritzker had made the increase a key part of his campaign.

“If you live in this state and put in a hard day’s work you should be able to afford putting a roof over your head and food on the table” he said last year, while the legislature was in the midst of approving the hike.

Business groups unsuccessfully sought to get the governor to hold off on the increase this year because of the economy and layoffs due to COVID-19.

“Delaying the minimum wage increase is a reasonable and balanced approach to helping small businesses recover from the crisis, especially since the administration has discussed the possibility of returning to Stage 3 and re-shuttering thousands of businesses. This statewide wage increase in the face of unprecedented unemployment will ensure more businesses never reopen or rehire,” he said in a news release.

Motorists will pay a bit more at the pump but nothing like the increase they were hit with last time, when they saw motor fuel taxes go up .38 cents per gallon.  On July 1, the pump prices will rise less than a penny per gallon.  The increase .07 per gallon, is part of an annual hike tied to inflation.

Actually, the law will allow the Secretary of State to revoke or suspend someone’s license for using an electronic device, such as cell phone or laptop, while behind the wheel if they cause great bodily harm or disfigurement as a result of an accident.

Another measure will also allow licenses to be revoked for motorists injuring people in crosswalk accidents.

Contributions of the LBGTQ community will be now be a part of school curriculums.   A measure requires schools to include the teaching of history of the community in the coming school year for junior high students.

The law says it should provide a history of the roles and contributions of lesbian, gay, bisexual, and transgender people in the history of  both the U.S. and Illinois.

A semester of civics education will also be required in the coming school year for junior high students. It requires that civics be taught to students between sixth and eighth grade.

Schools are now required to develop a plan for students with epilepsy that includes training for employees and aides on how to handle students with the disease. The plan requires a student’s parents or guardians to share the health care provider’s instructions on managing the student’s epilepsy and include a copy of any prescriptions and how and when to administer those medicines.

While not a new law, per se, casinos and video gambling terminals can reopen at 9 a.m., July 1.  They have been closed for more than three months since they were closed as the state added restrictions due to COVID-19.

At casinos, they will have reduced capacity, require social distancing, and make both customers and employees wear facial coverings.  They will also have to meet certain sanitation requirements.

Gamblers at video gaming outlets will see their machines separated from the others by at least six feet or a tall partition placed between them.    The gambling parlors will also have sanitation requirements.

One the eve of the reopening, Governor Pritzker signed a new law taking effect Wednesday that will reduce taxes for the owners of a proposed Chicago casino.   The additional taxes on the proposed facility had been a hindrance in getting a casino operating.