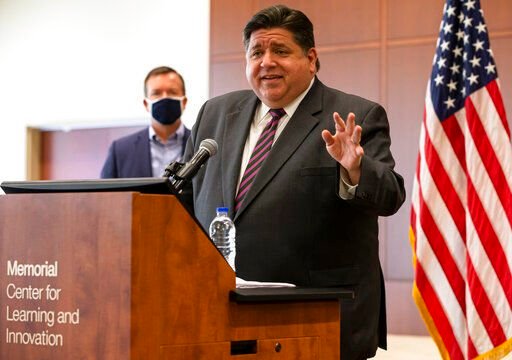 Illinois Senate Republicans urged Democratic Gov. J.B. Pritzker on Wednesday to release the specific data he is using to impose restrictions on indoor dining and bar service in an effort to slow the spread of the coronavirus.

Senate Minority Leader Bill Brady called for a public hearing for Pritzker would lay out the numbers he says show that the autumn surge in COVID-19 is fueled by close contact among restaurant and bar patrons.

It came a day after he imposed the restrictions on Chicago, known as Region 11, the largest of 11 COVID-19 monitoring sections of the state. It prompted the same ire from restaurateurs in other regions already under the restrictions and skepticism from Chicago Mayor Lori Lightfoot, a Democrat.

“People have a right to know, the Legislature needs to get involved in this,” Brady said during a video conference with reporters. “It’s time to stop just unilateral actions on the part of the governor, and (with) the General Assembly to jointly make decisions that are good for the people.”

K.C. Gulbro, the owner and chef of FoxFire Restaurant in Geneva, said he would lose 80% of his business if forced to comply. He won a temporary restraining order this week against the indoor-dining ban in Kane County court.

“There’s not enough data out there that shows that restaurants and bars are the main culprits here,” Gulbro said. “With not being able to get the concrete data from the governor, we feel like we’re safe enough to be open. We take all the precautions we follow the CDC (federal health) guidelines.”