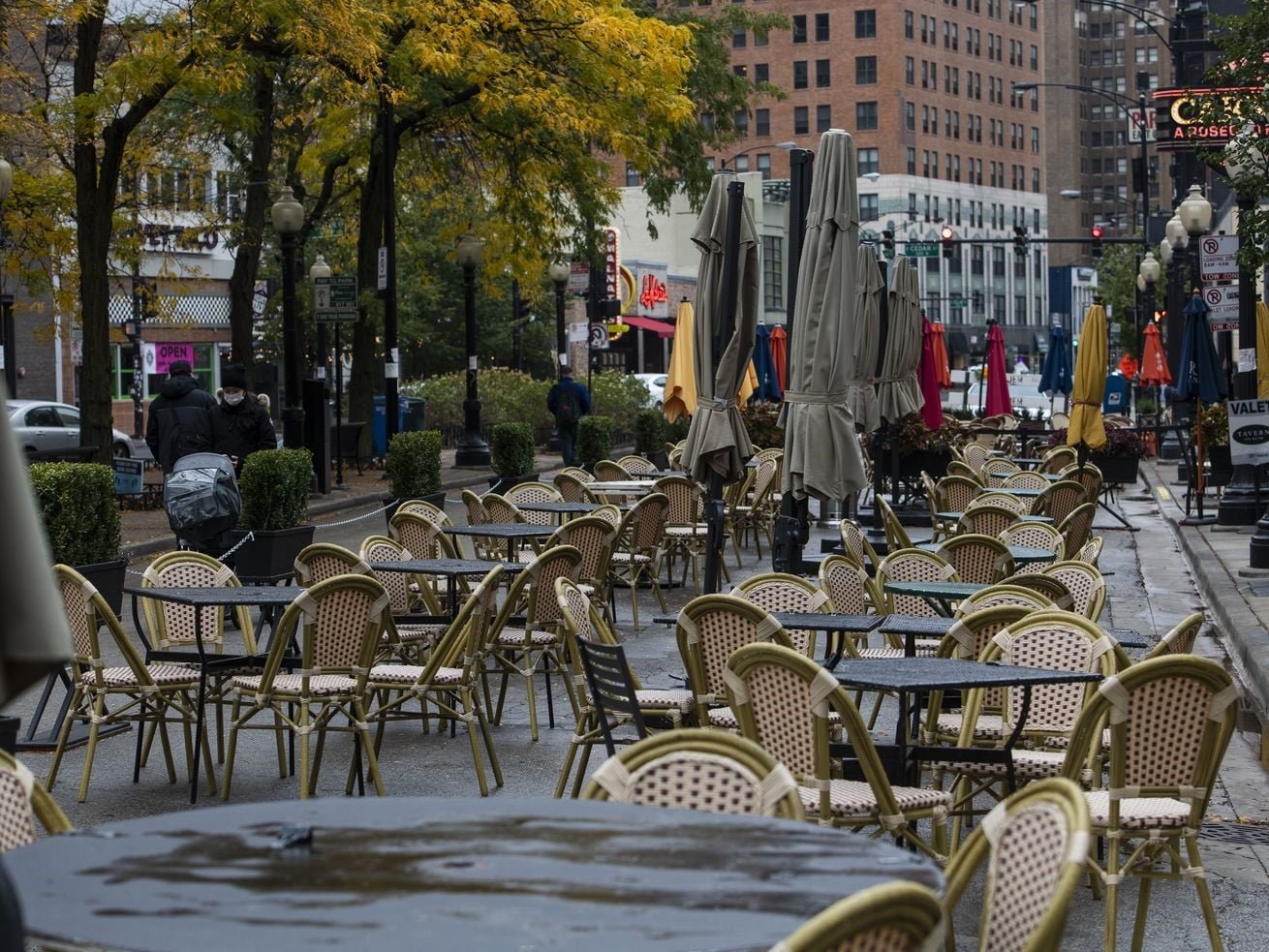 The mayor is offering $10,000 grants to “independent bars and restaurants” who have been forced to stop serving indoor patrons. She’s also seeking a temporary cap on the fees restaurants pay to third-party delivery services.

Mayor Lori Lightfoot has said she’s so concerned about losing restaurants that are the lifeblood of Chicago neighborhoods, she ordered her finance team to scour her “pandemic budget” again to find the money to provide restaurants with additional financial and regulatory relief.

Thursday, she delivered both.

She’s using $10 million from the first round of federal stimulus funds to provide $10,000 grants to “independent bars and restaurants” fighting for survival after being forced to stop serving indoor patrons for the second time.

Under pressure from Chicago aldermen, Lightfoot also plans to introduce an ordinance temporarily capping the fees that third-party delivery services can charge restaurants.

In yet another lifeline, the mayor is launching a “Take Out Chicago” contest to encourage Chicagoans to support their favorite restaurants. Winners get VIP tours of Chicago’s cultural institutions.

City Hall is also creating a ChiServes.com portal to help hospitality workers who have either been laid off or had their hours and paychecks cut access workforce development and other supports.

Aldermen led by Finance Committee Chairman Scott Waguespack (32nd) are pushing for a 5% cap on restaurant delivery service fees to give their hungry residents a break at a time when the only alternative to cooking at home is takeout or delivery from their favorite restaurants.

Lightfoot’s initial response was to require Chicago food delivery services to come clean about third-party delivery costs to arm consumers with the information they need to vote with their wallets.

But now that Gov. J.B. Pritzker has forced bars and restaurants to close to indoor patrons again, she’s vowing to cap third party fees “temporarily.” Details of the mayor’s cap, including the precise percentage and how long it would last, were not immediately known.

Waguespack could not be reached for comment on the mayor’s plan. He has argued that a 5% cap “would help the restaurants and the customers, as it did in several cities in California.”

David London, senior government relations lead for DoorDash, has argued that a 5% cap would “make it untenable for delivery apps to cover the cost of doing business.”

He didn’t like Lightfoot’s disclosure mandate, either, warning it would “only lead to confusion and hurt restaurants and delivery workers.”

DoorDash voluntarily cut its commissions by half through May for more than 2,000 Chicago restaurants.

Lightfoot initially tried to talk Pritzker out of closing indoor dining at Chicago restaurants, only to back off after an hourlong meeting with the governor with whom she has clashed repeatedly during the pandemic.

Last Friday, the mayor choked back tears as she talked about what happened Thursday night when she went out to dinner with her wife at one of her favorite neighborhood restaurants for “what will conceivably be our last indoor meal for some time.”

“As the meal was winding up, one of the workers—the woman who brought the water and the bread—asked to take a picture with me. Sorry Dr. Arwady, but I was so overcome with emotion, I have her a hug,” the mayor said, apologizing to Health Commissioner Dr. Allison Arwady for failing to maintain social distance.

“I worry, not only about her. I worry about the other workers.”

The mayor said then she had talked to a lot of restaurant owners since Pritzker brought the hammer down yet again. They’re worried about “how many, if any” employees they can afford to continue paying during “this next and latest shutdown,” about how those workers will “be able to feed their families” and about how long they can keep their businesses open.

“I share that concern. This is an extraordinarily tough, tough time. This is very difficult pill to swallow,” she said.

Lightfoot argued there is no evidence that restaurants and bars are the source of Chicago’s “second surge” of coronavirus cases. Rather, she said, the source is dinner parties, card games and other social gatherings in peoples’ homes where Chicagoans are more inclined to let their guards down.

“Our bars and restaurants have borne an enormous burden over the course of this year. The state-mandated shutdowns are adding a lot of additional pressure to them. And I worry that many of them will not be able to survive this,” the mayor said then.

“I was very clear with that in my statements to the governor. And given where we are and the metrics they’re using, I’m not sure when we’re coming back.”