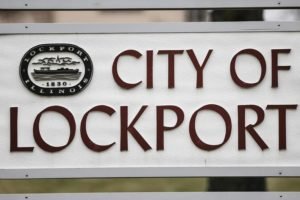 While some aldermen seemed unsure of the provisions, there was general agreement at the City Council’s Committee of the Whole meeting Wednesday night that the proposed ordinance did not need any further changes.

The final draft of the ordinance includes the following stipulations:

• A three-member video gaming commission will be created with members being nominated by Mayor Steven Streit and approved by the city council;
• The city will cap at 18 the number of establishments in the city that can have a video gaming license (currently, the city has 17);
• Each video gaming machine vendor will be charged an annual $2,500 fee for each business; those establishments will be required to pay an annual $100 licensing fee for each terminal installed;
• Any new video gaming terminal licensee must hold a C-2 liquor license — a restaurant with entertainment — or be a truck stop as defined by Illinois’ Video Gaming Act;
• Current restaurants with a C-1 or C-2 liquor license will have six months from Jan. 1 to submit a plan for screening their video gaming area, and one year to ensure that not more than 40% of their revenue comes from video gaming;
• Penny’s, the only video gaming café in the city, will be allowed to be exempt from the 40% cap on video gaming revenue; however, no more such cafes will be allowed in the city.

The ordinance does not add a provision discussed at the city council’s last committee meeting, which would have allowed the city to allot some of its gaming revenues as grants for current businesses that would need to renovate their restaurants to add screening.

Alderman JR Gillogly said he had qualms about relegating video gaming to restaurants in the future, especially after having received a number of calls from residents who did not want gambling at all in restaurants.

“Now, in two weeks, we’re going to go back to them and say … we, going forward, are only going to allow gaming at our restaurants,” he said.

Gillogly recommended adding A and B liquor licenses — which are bars only with no food — to the ordinance.

Streit pushed back, saying the city does not give out those licenses anymore because such drinking-only establishments are being weeded out by most communities for safety reasons — mainly to curb violence that may occur among drunk customers.

Alderman Darren Deskin said he would have preferred a single line in the current ordinance that prohibited video gaming in only C-1 licensed restaurants, without the additional provisions. Streit said these were necessary changes to help the city better regulate the growing business.

Ultimately, the council agreed it was ready to vote at its Oct. 3 meeting on the current version of the proposed ordinance.

Streit at the meeting Wednesday night started a discussion on allowing food trucks to operate within the city but with restrictions.

He said he felt the need to address the issue because of a food truck that had been allowed to be parked — while paying rent — in the parking lot of a defunct food business that has not been keeping up the appearance of its building.

The city’s code currently only allows operation of food trucks that are connected to an established business in the city.

Streit acknowledged “there is a fear that food trucks would undermine brick and mortar businesses,” but wanted a discussion on finding “a way we can make it work.”

Streit said he could get behind allowing food trucks to operate on one day of the week.

The owner of the food truck was present at the meeting, and said he was open to having a regular scheduled day to sell rotisserie chicken. He said his policy was “not to compete too much with local restaurants.”

Alderwoman Christina Bergbower — who also owns a Dairy Queen in Lockport — said food trucks could undermine local businesses if they park next to one selling similar food items.

“They should be limited to their areas,” she said.

Alderman Mark Lobes said he has seen in other cities that food trucks can draw crowds who then patronize other establishments, as well.

“It’s something that could work in Lockport,” he said.

The City Council will open a formal discussion on the matter at its next committee meeting Oct. 3.