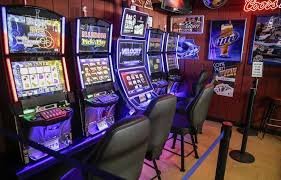 Lombard trustees have made a trial run with video gaming permanent, settling a long-running debate on the machines.

The board has repealed a sunset clause on a village ordinance that originally allowed video gaming on a temporary basis. The village’s experiment with video gaming was set to automatically expire at the end of the month.

But trustees agreed to keep the terminals in town after a majority of Lombard voters approved of video gaming in an advisory question on the ballot last month.

Five businesses had machines as of last month, Lombard officials say. Village President Keith Giagnorio voiced support for video gaming, saying business owners could use the money from operating terminals as they try to weather the pandemic.

“This doesn’t force anybody to go video gaming,” Giagnorio said after the board’s vote during a virtual meeting Thursday night. “But it gives our businesses an opportunity, and at this time with COVID, it couldn’t come at a better time.”

Casinos and video gambling terminals have remained closed since Nov. 20, when the entire state fell under stricter restrictions, known as Tier 3 mitigations, in response to a surge in COVID-19 cases and hospital admissions.

“Hopefully, we can get them back online, and they can start making some money,” Giagnorio said.

Trustee Reid Foltyniewicz was the lone dissenting vote. Trustee Andrew Honig said he’s personally opposed to video gaming, but that he would follow the will of voters.

“I do think it is my obligation and my job to represent Lombard and what the wishes are,” he said.

Illinois legalized video gaming in 2009, but municipalities were able to opt out.

Counties and towns that allow video gaming receive 5% of the machines’ net revenues. The state collects 25%, while the establishment owners and terminal operators evenly split the remaining 70%.

Lombard had 25 terminals spread across five licensed businesses in October, according to the most-recent report available from the state gaming board. The five establishments are Punky’s Irish Pub, Enchanted Castle, Lombard Moose Lodge No. 2350, Otto’s Tavern and Sal’s Pizza Pub.