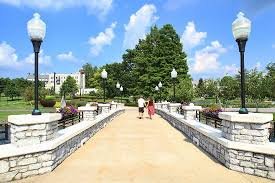 GODFREY — Convenience stores will be able to get a new class of liquor license specifically designed to allow them to have video gaming, after Godfrey Mayor Mike McCormick broke a 3-3 tie vote at Tuesday’s village board meeting.

The vote came after discussions and presentations at previous meetings, and a brief discussion Tuesday.
Voting for the change were trustees Karen McAtee, Virginia Woulfe-Beile and Ben Allen. Opposed were Nathan Schrumpf, Mark Stewart and Jeffrey Weber. Part of the vote was that money Godfrey received would go toward parks and recreation.

One of the main objections voiced was that, when video gaming was first approved in Godfrey, it was done despite a negative referendum vote. At that time, trustees said it would not be expanded.
“We told the people it would stay at that number,” Weber said.

Allen said video gaming has brought in “substantial” revenue that the village has “done good things” with.

Godfrey payout: As of last month, Godfrey has received $72,430.99 from video gaming in the village so far this year, according to the most recent Illinois Gaming Board report.

Nearly $18.6 million in play was recorded at gaming devices in the village from January through September.

That compares to September 2018 when 46 devices at 10 locations provided the village with $7,216.
In breaking the tie, McCormick said he did not gamble and referred to it as a “sin tax.” But he added Godfrey has been able to use existing funds well, specifically citing new lights recently installed in ball fields at Glazebrook Park.

“I saw the lights in the park that video gaming paid for,” he said.

The ordinance establishes a new class “N” liquor license allowing the sale of beer and wine for consumption on site at convenience stores. The issue had been that video gaming required a “pour” license.

As part of the ordinance, convenience stores are specifically defined so other unrelated businesses would not be able to apply for the licenses.

Also, under the new rules, the stores can only beer and wine which would be sold in a “separate and enclosed room” where the video gaming is allowed. Restrictions include requiring at least one employee over the age of 21 to serve the drinks and monitor the video gaming, and a limit of one drink per hour to customers.

The cost of the license would be $500 annually.

The issue came to a head after QuikTrip officials made a presentation to the board requesting the change. Their plans include approximately $250,000 in construction, and projections that Godfrey would receive about $26,000 more in tax revenue annually from the new operation.

The store representatives said one of the reasons for its expansion into video gaming is that much of its revenue – from cigarettes, alcohol, and gas – has been hurt by increased Illinois taxes, and they are also facing potential issues with the increased minimum wage in Illinois.