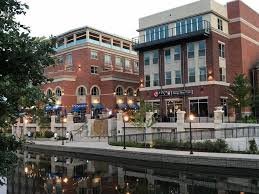 Naperville is granting a six-month waiver of certain liquor and tobacco licensing fees to provide some relief for businesses affected by the COVID-19 pandemic.

The city council unanimously approved the measure Tuesday, just hours after Gov. J.B. Pritzker announced more stringent restrictions beginning Friday in DuPage, Will, Kane and Kankakee counties. Mitigation efforts include banning indoor service at bars and restaurants across the two public health regions — which encompass all of Naperville — and limiting gatherings to 25 people or 25% of capacity.

“Obviously, our businesses, our restaurants, are struggling immensely,” Councilwoman Patty Gustin said. “Any tax that we are inflicting upon them could be a door open or a door closed.”

The waiver applies to liquor license and permit fees for businesses that offer on-premise alcohol consumption, and renewal fees for certain tobacco and cigarette dealers that were closed during the stay-at-home order, according to city documents. Grocery stores, liquor stores and other license-holders deemed essential and have remained operational are not eligible.

Naperville expects to see a roughly $120,000 revenue reduction as a result of the six-month wavier, documents show.

The council also agreed to waive outdoor dining permits for the current licensing year, which began May 1, to help mitigate the effects of indoor service restrictions.

Chirico, the city’s liquor commissioner, suspended the liquor and tobacco license renewal process in mid-March after Pritzker issued a series of statewide executive orders that shut down nonessential business operations. Restrictions have since been loosened, allowing bars and restaurants to resume food and beverage service on site, but capacity limitations and other fluctuating state guidelines remain in effect.

The Naperville Liquor Commission in June suggested implementing a yearlong waiver of liquor and tobacco license fees for businesses hit hard by the state’s regulations. Staff members have since tweaked the recommendation to six months.

Chirico would prefer to waive the fee for an entire year, but said, “I understand we have financial challenges at the city as well.”