Nearly 60% of Illinois restaurants could go out of business without help, group says 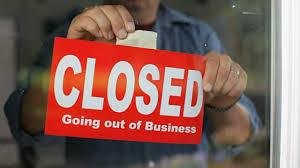 The coronavirus pandemic will cause nearly 60% of Illinois restaurants to go out of business unless they receive federal financial help, an industry group said Friday.

Sam Toia, president of the Illinois Restaurant Association, said in a Zoom call with U.S. Sen. Tammy Duckworth and association members that the food and hospitality industries were at the “make or break point.”

“We need a stimulus bill,” Toia said, adding later, “There’s so much desperation and no easy answer to keep your doors open.”

Toia said a survey found restaurant sales in the state are down 45%. The survey also found that 51% of restaurant operators say they might close until after the pandemic, and 65% think they will have to lay off more employees in the next three months.

Association member and TV chef Rick Bayless said it didn’t seem that Washington politicians were “acting like 110,000 restaurants and 2.1 million people are still out of work in our profession.”

The American dream is being “shattered” for small businesses, he said. “I’m just super worried that it’s going to take us a decade or more to get back on our feet.”

Both the Illinois group and its national counterpart have been advocating for financial aid for restaurant owners.

The National Restaurant Association says that across the country 17% of restaurants, or more than 110,000 establishments, have permanently closed, and those restaurants had been in business for an average of 16 years.

Duckworth said she and others in Washington were trying to secure financial aid, and asked restaurateurs to lobby their representatives.

Restaurants in the St. Louis area and around the country have tried to innovate and offer new services to stay afloat since shutdowns began in March, but it has been a struggle. Some have also sued, unsuccessfully, to overturn bans on indoor dining.

The Illinois Restaurant Association has started a relief fund for employees of the hospitality industry.