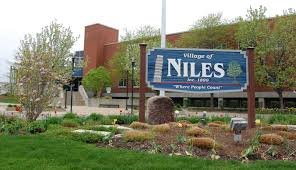 The proposed changes would eliminate a 2021 sunset clause, included in the 2016 video gaming ordinance when it was initially adopted, which would have ended all video gaming in the village if not amended or renewed before that date.

If ultimately approved, the changes would expand the number of video gaming cafe licenses, consolidate four classifications of licenses into two, video gaming cafes and other video gaming licenses. They would fold licenses from veterans or fraternal organizations into the regular license classification and would eliminate the transformative license — something struggling businesses could use in an attempt to bolster their business with gambling.

Although the proposed changes would expand the number of licenses from 31 to 34, Mayor Andrew Przybylo said the ordinance would ultimately reduce the number of overall operators. Przybylo said he expects as many as six “low performing” video gaming operators to close through attrition.

He said losing those six and adding the three new video gaming cafes, which typically see higher wagering, would net the village an estimated $95,000 annual increase in gambling tax revenues per year.
Under the proposed regulations, when licenses are lost, either from a license holder going out of business or by being revoked, the number of video gaming licenses allowed in the village would automatically contract.

In separate legislation expected to be voted on at Tuesday’s meeting, the ability to transfer a liquor license or change officers running a business holding a liquor license would become more stringent and in some cases could trigger a requirement for a new license application. Licenses could also be revoked if a business shuts down for more than 30 days, unless they are undergoing renovations. All those issued video gaming licenses must also all have liquor licenses.