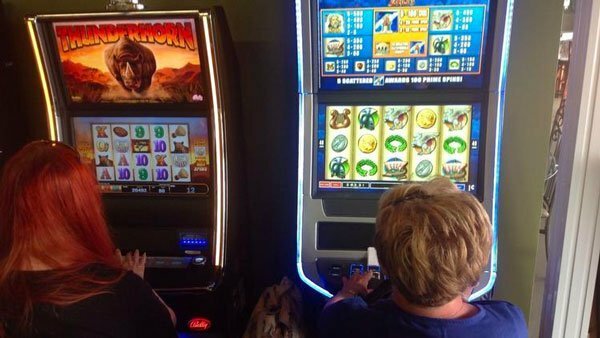 When it comes to winning a coveted license for video gambling in Orland Park, maturity, at least when it comes to age of a liquor license, is a boost.

With more businesses applying late last month for video gambling licenses than the village is initially approving, the oldest Class A liquor licenses will be given priority, according to the mayor and village ordinance, which reversed a longtime ban on the games.

In approving video gambling in early August, village officials set a maximum of 30 percent of eligible Class A license holders that have operated for at least 18 consecutive months, or 21 businesses, that would be considered for gambling licenses in the first year the ordinance is in effect.

The village opened up the application process Aug. 27, with 28 bars, restaurants and other businesses filing paperwork, according to the village.

Under the ordinance, if more applications were filed than the cap allowed, they would be considered in reverse order of the age of the liquor license.

Orland Park has more than 60 holders of Class A licenses, even though not all of them have been operating for at least 18 months. The Class A requires a kitchen and full restaurant menu and the requirement was meant to be an obstacle to video gambling cafes that offer limited food and beverage menus and derive most of their revenue from gambling.

The village is conducting background checks on applicants and the village board would have to approve gambling licenses, although businesses would first need approval from the Illinois Gaming Board, according to Mayor Keith Pekau.

The list of 21 applicants is topped by Silver Lake Country Club, which received its license in October 1970, and making the cut at 21 is Blissful Banana Cafe, licensed in November 2012, according to the village.

So far, at least 16 Orland Park businesses have filed paperwork with the state for approval to have video gambling, according to the gaming board.

According to the village ordinance, after the first year the ordinance is in effect, other applications for video gambling will be reviewed on a case-by-case basis.

Before the 4-3 vote by the Village Board at its Aug. 6 meeting to lift the video gambling ban, Orland Park had been among a few communities in the south and southwest suburbs outlawing gambling terminals.

Before the first gambling machines went live in the state in September 2012, Orland Park officials in December 2009 had opted out of the state law, essentially barring the games in the village. Village officials decided last year to revisit the issue after some business owners said that not having the machines put them at a competitive disadvantage.

Businesses licensed for video gambling would be charged an annual fee of $1,000 per gambling terminal — state law allows a maximum of five machines per establishment — and an initial application fee of $2,500. Afterward, businesses would pay a $1,000 license renewal fee each year, according to the ordinance.

A consultant previously estimated Orland Park could realize a bit more than $415,000 in annual revenue from licensing gambling machines and the village’s share of gambling tax revenue.