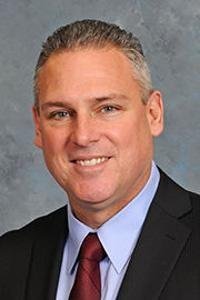 An Oswego Rep. is among those continuing to push for support for legislation that would ban so-called “sweepstakes” machines in Illinois.

Republican Rep. Keith Wheeler issued a statement this week arguing for additional support of his sponsored House Bill 3940 which he says would ban machines that “operate outside the strict requirements of Illinois’ video gaming law.”

Wheeler says the legislation, filed last fall, was done so in the wake of revelations regarding a former House member’s advocacy for the machines.

A column in the Chicago Sun-Times claimed that a lobbyist for the sweepstakes industry, last week, “made the rounds of state lawmakers asking them to regulate and tax so-called ‘sweepstakes’ machines instead of banning them as has been proposed.”

Advocates say they are currently operating legally in what critics say is essentially a, “loophole” that allows sweepstakes contests.

Locally, Rep. Wheeler argues the machines are being operated illegally. He says bi-partisan support has been gained for banning the machines, citing support from Democratic Reps. Kelly Cassidy of Chicago, Jaime Andrade of Chicago and Republican Rep. Tim Butler of Springfield.

The four legislators recently sent a letter to House colleagues seeking to grow the number of co-sponsors on the bill.

Rep. Wheeler, and the legislators in support of the ban, say the sweepstakes machines are being operated on an “unfair playing field.”

One of the stanzas in the letter sent out says, “the argument that this is corollary to winning a Big Mac in a scratch-off at McDonald’s is completely bogus.”

As of late Wednesday, the bill had 27 sponsors in the House.