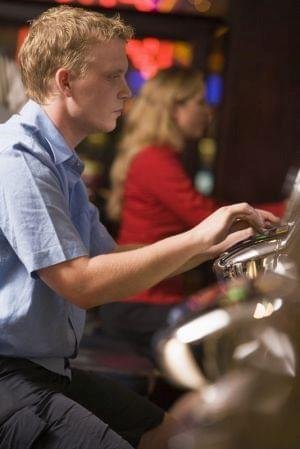 Nine gambling cafes would be enough for Ottawa, says Mayor Dan Aussem, although for now he’ll tolerate almost three times as many. The City Council will grandfather in all the gaming licenses for businesses that aren’t restaurants or bars while the number dwindles. Nobody knows how long it’ll take to drop from 26 to nine by attrition.Audio Player00:0000:00Use Up/Down Arrow keys to increase or decrease volume.

Aussem says gambling businesses have been claiming to be bars or restaurants to be allowed in Ottawa. Bars and restaurants with gambling machines are supposed to get at least 60% of their business from food and drink. The mayor says some of the gambling cafes sell so little alcohol, they aren’t even served by alcohol distributors.

In the 1990s, Ottawa limited the number in all classes of liquor licenses in the city–at least according to the wording of the ordinances that were passed every time someone applied for a new one or turned in an old one. Changes were made so often, the legislated limit was really only a statement about how many licenses there were as of the latest one issued or terminated. Aussem says he has no intention of letting the new limit end up being like that.