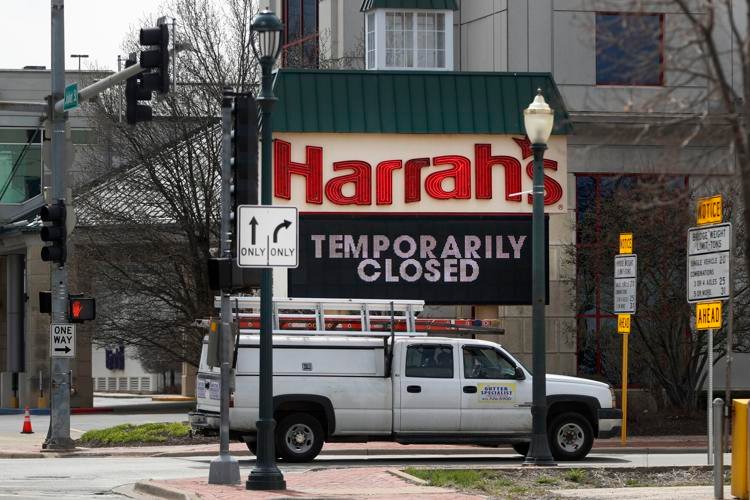 “We are nowhere close to where we were a year ago,” said Eric Noggle, a senior state analyst.

Noggle is one of the authors of a new report by the Commission on Government Forecasting and Accountability, or CoGFA, that announced the fiscal year’s findings that ended on June 30.

Noggle said the COVID-19 shutdown of casinos and video gaming parlors from March 16 through June 30 cut off gambling revenues altogether for three and a half months.

When Illinois lifted the shutdown on July 1, revenues stayed down – even with casinos, race tracks and video parlors operating again. Because of the pandemic, people were reluctant to go out like they used to do, Noggle said.

The Illinois Lottery is the largest source of Illinois gambling revenues. The pandemic has depressed lottery ticket sales by $172.5 million.

Early estimates indicate that in the 2019-2020 fiscal year, lottery ticket sales in Illinois were down by 5.8%. Because people are driving less and working from home, they are less likely to come across as many lottery ticket vendors as they would have in a typical year, Noggle said.

The Illinois Legislature took note of the early signs of a slowdown in legalized gambling revenues and made some changes to increase tax revenues. Restrictions on video games were eased. Video parlors are allowed to have six terminals – up from a maximum of five. Truck stops were also permitted to bring in more video game terminals. Depending on the location, truck stops can now have a maximum of 10 video game terminals – an increase of five.

Video gambling has taken over a larger share of the Illinois gambling market. There are more than 36,000 video gambling terminals operating in Illinois – the equivalent of 30 casinos, the report said. In response, the Illinois Legislature has increased the tax rate levied on video game terminals.