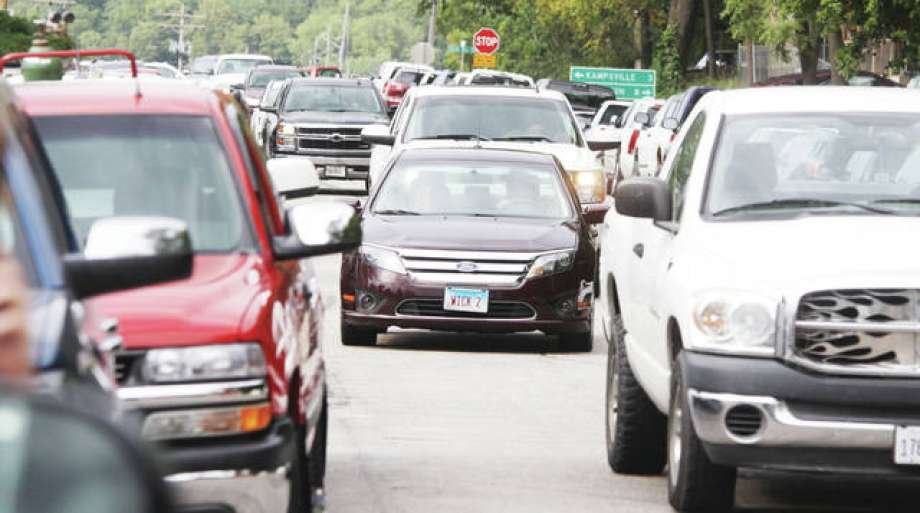 GODFREY – Regulations on “Queen of Hearts” raffles will be considered by the Godfrey Village Board, as a local organization starts holding public drawings for the crowd-pleasing but sometimes controversial raffles.

Club President Greg Naughton said the pot is expected to be between $3,600 and $3,700 for next Monday’s drawing. There was no drawing on Labor Day.

It has been going for seven weeks, but is not the first time they have done a “Queen of Hearts.”

“We’ve been running this internally for about 2 1/2 years for members only,” Naughton said.

The public event will be limited to a top prize of $125,000 for this raffle, but might increase for future games.

“We didn’t want it to get so big we lost control over it,” he said. “We wanted to get our rules in order.”

The raffles, based on a weekly drawing from a standard deck of cards to determine the winner, usually start small but can continually roll over and produce huge jackpots. In some Illinois communities jackpots have been reported at more than $1 million. Most recently in Eldred, one person won more than $400,000 out of a total pot of about $460,000.

According to the Godfrey Village Board agenda, the board is expected to discuss “Consideration and Approval of An Ordinance to Amend the Village of Godfrey Raffle License for Queen of Hearts Games.”

The meeting, normally held on a Tuesday, has been moved to 6:30 p.m. Wednesday because of the Labor Day holiday.

Mayor Mike McCormick said the proposed ordinance will be given a first reading, meaning it would be up for final approval at the next board meeting.

“It’s very generic,” he said of the ordinance, without discussing specific details. “It’s not real strict but it gives us a little bit of control if it gets out of hand.”

The raffles’ increasing popularity has also created concern about the impact of the events on small communities because of the large crowds drawn. The Eldred raffle crowds estimated at between 5,000 to 6,000 to the small town of about 250, located about 30 miles north of Grafton.

McCormick noted that the Sportsman’s Club has a large parking lot and has a number of “huge” events, so major issues are not expected.

“It’s more of a plan of what to do if it starts getting out of hand,” he said. “We’re just trying to get some sort of control over the negative things that could possibly come up.”

Naughton said if the club opens up the Lake Gate, they can easily park several thousand vehicles.

Another bonus is that the club has picked up several new members, and some older or inactive members have started coming out to the club.

He said proceeds from the raffles have been used to make improvements and remodel the club.

“It makes a difference,” he said.

The board will also discuss video gaming at convenience stores at Wednesday’s meeting.

Part of the issue is that the village requires a liquor license permitting the sale and consumption of individual drinks on site for video gaming, while convenience stores normally have licenses for packaged liquor.