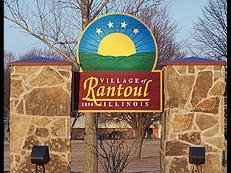 It was necessary for Mayor Chuck Smith to vote, and he voted in favor of the increases. Village Clerk Mike Graham said the Illinois Municipal Handbook requires the mayor to vote in the event of a 3-2 vote when there is one trustee absent.

“A majority of the elected officials have to vote yes,” Graham said. “It has only happened one other time in 10 years.”

Three liquor and gaming license holders — Steve Kaufman, owner of Bud’s Bar; Jamie Eaker, owner of Rantoul Pub and Shooter’s Bar and Grill; and Kevin Applebee, owner of The 19th Hole Bar and Grill at Willow Pond Golf Course — addressed the board at the previous week’s study session and decried the increases.
Kaufman said local establishments are charged the same by their supplier for their liquor as those in Champaign-Urbana, but they can’t charge as much because of the market.
Eaker said she doesn’t feel the village is backing her business or other local businesses, while Applebee said he is losing money when it comes to gaming fees and felt he was being “nickle-and-dimed” with additional fees.
The annual liquor license fees will climb by $100 for bars (to $2,200), restaurants ($1,650), package alcohol businesses ($2,200), golf courses ($2,200) and beer and wine sales ($1,650). The club fee will increase by $50 to $1,100.
Gaming terminal fees will climb from $50 to $100 per machine, except for clubs, which will remain at $50.
The village will also begin charging companies that furnish gaming terminals to local businesses $1,000 per machine.
The village liquor commission had recommended increasing the rates.
Liquor committee member speaks out
Prior to last week’s vote, Loise Haines, a member of the liquor committee, said she takes her position on the committee “really seriously.” She said she earnestly researches a matter before voting on it.
“I back all of you trustees, and I would appreciate that you guys (back) the liquor commission to increase the fees,” Haines said. “We did work hard. We did our research.”
Haines said people have approached her about liquor fees.
“I showed them all the figures, showed them how much money (was involved). Everybody knows where to find me. I’m downtown, so if you have any questions or want to see anything, then come see me. It’s no big secret how we come to these decisions, but it took all of us on the commission. And we’re not doing this to pay somebody’s salary.”
Haines encouraged the board to ask members of the liquor committee if they have a question on recommendations or liquor license issues.
“You don’t have to do that on your own or go to the mayor,” Haines said.
Trustee agrees to disagree
Wilson said he supports the liquor committee, but he disagrees with the rate increase.
“It seems like every time we turn around we have another fee or another tax or gas tax or utility rates and everything,” Wilson said. “Maybe it’s not the popular thing. I know there’s administrative costs.
“We’ve got to stop the madness somewhere. There’s just too much.”
Wilson said he thinks the fees should have been reduced or stayed the same. He said he would not support the increase.
“The businesses are here, … and they’re here to make money, not pay more fees.”
Hall asked if was possible to develop an outline that indicates when certain fees will increase — “put something in writing so business owners and such can prepare for that.”
Trustee Sherry Johnson, who voted with the majority, said every business is going to have price increases.
“Go to the grocery store. These businesses are making money. … They can pay a little extra,” Johnson said.
She noted that the owner of the gaming terminals pay half the cost, and she cited Haines’ comments.
“They’ve done all the research. We should take their recommendation,” Johnson said.
Trustees had asked for 2019 figures comparing what area communities charge — to which Trustee Hank Gamel said, “The most salient part was the comparison between how expensive or inexpensive it is to consume adult beverages.”
He said Rantoul seems to be the cheapest among all the area communities.
Village Administrator Scott Eisenhauer said in looking at all Champaign County towns with a population of less than 20,000, that “there is no question that per capita, even with the proposed (rate increases),” Rantoul would be the cheapest.