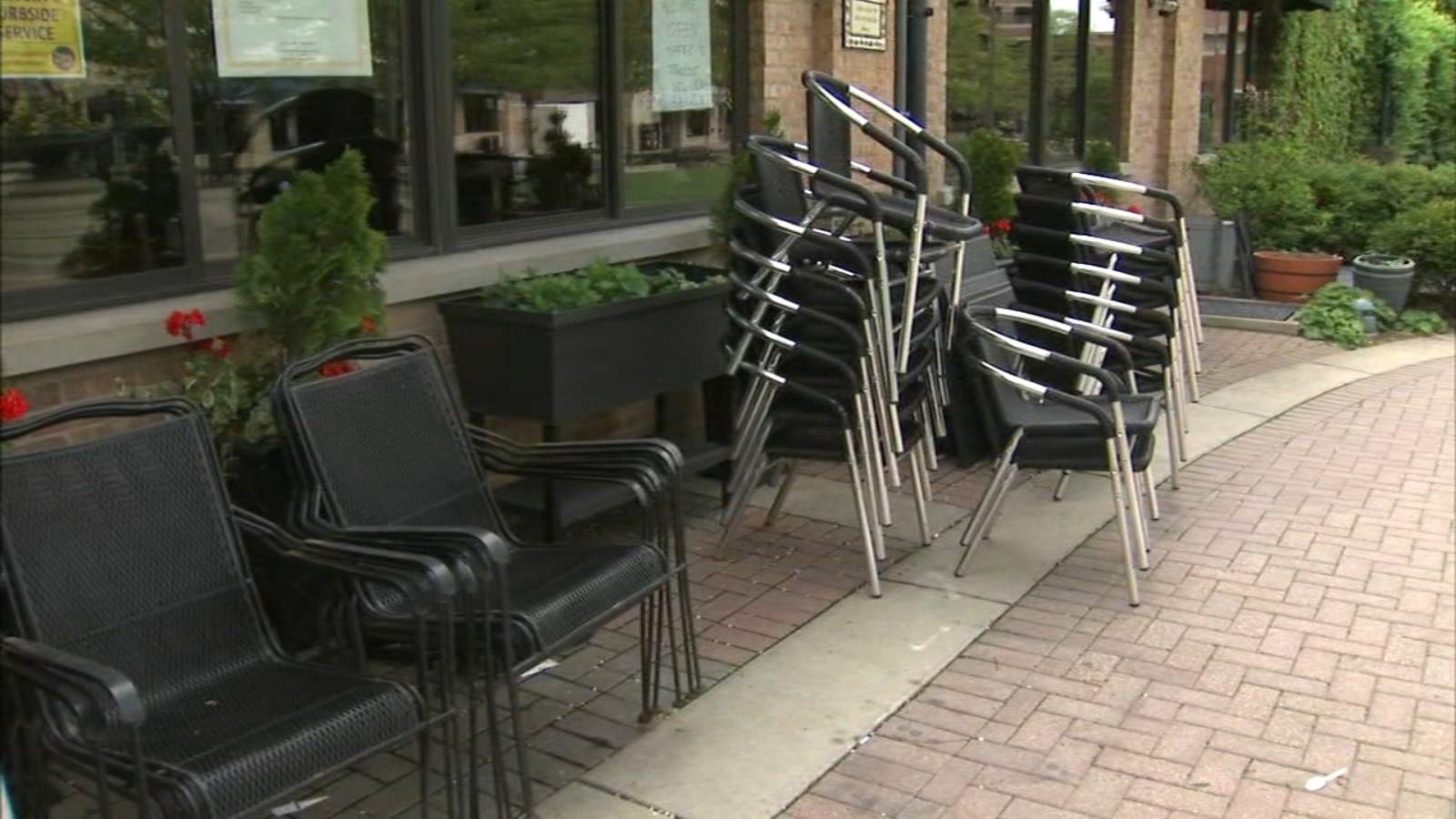 With Illinois restaurants set to be allowed to reopen with outdoor seating on May 29, some suburbs are working on plans to close streets to allow them to expand their seating area.

In downtown Arlington Heights, about 20 restaurants have survived on takeout and delivery, but they are hoping for more. A village plan calls for shutting down two downtown blocks to traffic.

It is why, even before Governor Pritzker’s news Wednesday that restaurants may be able to open up their patios as soon as May 29, the village was already hatching a plan to close the area to traffic, allowing restaurants to expand their outdoor seating into the streets.

“We were anticipating on or about July 1 to get this plan up and running,” said Arlington Heights Mayor Tom Hayes. “A lot of planning and execution goes into a plan like this because there are all these businesses involved. There’s a lot of other businesses here besides just restaurants, so they’re concerned about what impact it might have on their businesses as well.”

“Being outdoors is a lot better than being indoors, so we’re trying to give people a way to enjoy themselves and be safe,” said Chip Brooks, owner of Hey Nonny.

Up until two months ago, Hey Nonny was a popular music venue in Arlington Heights. Now Brooks is one of the business owners helping the village put in place a plan that would allow downtown restaurants to welcome guests back by temporarily making the pedestrian-only. But even he admits the financials of having just a handful of socially distanced patio tables isn’t ideal.

He is not the only owner balancing whether it’s worth it to just open their patios at the expense of their curbside and delivery services.

“Figure out how these businesses are going to do curbside pickup and delivery if we close off these streets,” Mayor Hayes said. “So we’re providing designated pickup areas on the fringes of the al fresco plan where we close off the streets, so they’re not too far away from the businesses.”

It is, however, a start. Details are still being worked out between restaurant owners and the village.

“There’s a lot of businesses here besides just restaurants, so they’re concerned about what impact it might have on their businesses as well,” Hayes said.

Another question is whether customers will come back from day one, or remain apprehensive about being in large social environments.

“It would be nice to sit down, especially when the weather is nice, sit down, have a nice drink, eat some food, but just making sure it’s safe is probably my biggest concern,” said restaurant owner Jen Forman.

That reluctance is being felt by some restaurant owners as well. In Chicago’s Lincoln Square, Baker Miller announced they will not open their outside seating and will remain carry-out and delivery only.

“A restaurant is a social scene,” said owner Dave Miller. “It’s a social environment. Our team is at risk when they’re serving people, so until I don’t feel our team is at risk, or other guests are at risk, we’ve decided to take a risk and not open yet.”

Arlington Heights isn’t the only community that is looking at turning at least part of their business district into outdoor areas for their restaurants. Algonquin and Hinsdale have already approved similar plans.