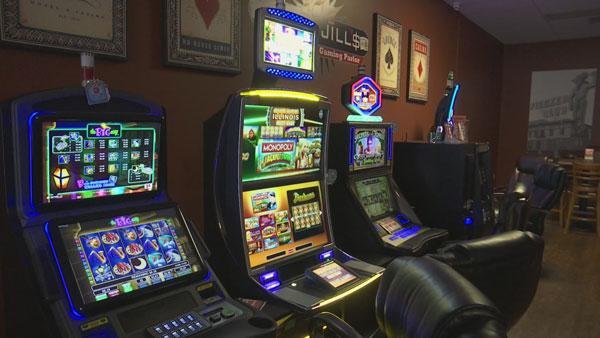 With Schaumburg residents able to apply for one or more of the village’s five video gambling cafe licenses after Jan. 1, officials are reducing the minimum size for such businesses and clarifying some of the other rules about their operation.

Hotels and restaurants with liquor licenses in Schaumburg have been able to have up to six video gambling machines each since the beginning of the year.

But gambling cafes — in which the machines are the primary business and the food and beverage service secondary — won’t be allowed until the new year. Residents can apply for licenses in 2021 and nonresidents beginning in 2022.

One aspect of the rules not changed, however, is that the machines must be confined to an area of no more than 300 square feet.

Schaumburg resident Ken Patel has asked the village whether he would be able to acquire more than one — or even all five — of Schaumburg’s cafe licenses.

Trustees decided they wouldn’t establish a one-license-per-person policy, but stated that all applicants would have to respect a first-come, first-served practice when seeking approval of individual proposals for specific sites. No one can ask for multiple licenses without a specific plan for each.

They also determined a gambling cafe can’t partner with a separately owned business to meet the cafe’s food and beverage requirement. They must have a minimum 12 food items available during all hours of operation.

Apart from how the state might view such a separation of responsibilities on a license application, Trustee Frank Kozak pointed out that the closing of a partnering restaurant would effectively close the gambling cafe as well.

Though video gambling at businesses with liquor licenses became legal in Illinois in 2012, Schaumburg maintained a local ban until this year. Officials spent much time last fall working out the village’s regulations to allow it this year.

Trustee Marge Connelly said that though she isn’t a fan herself, she thought the village would see more interest from its restaurants than it has.

Village Manager Brian Townsend said the pandemic appeared to have an impact on the level of interest.