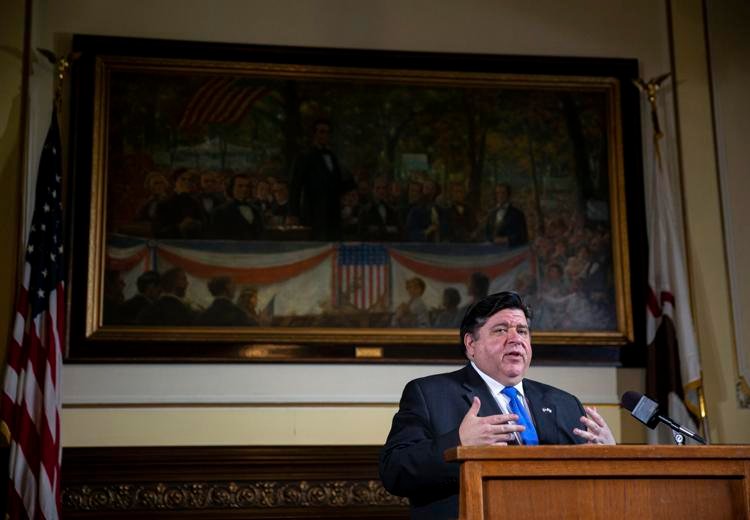 Under Gov. J.B. Pritzker’s reopening plan, restaurant dining rooms in Illinois are required to stay closed until June 26 at the earliest, but some restaurant owners have decided to open up anyway.

All four regions of the state are in Phase 3 of Pritzker’s five-phase reopening plan. Illinois restaurants can offer outdoor seating, but dining rooms must stay closed until June 26 at the earliest.

“People are speaking and they are saying the truth,” he said. “We are sick and tired of being held down by these ridiculous rules.”

Selena Wheatley, owner and operator of the Pizza Ranch in Peoria, has also decided to offer dine-in service. She said her attorney reached out to the health department and they failed to reply within the 48-hour limit to deem the restaurant a public health risk.

Wheatley said her reopening has been a success.

“It’s been crazy,” she said. “People are loving it and we have had so many thank you’s and so many people saying they are so glad we are doing this and that we need to get back to normal life.”

The Illinois Restaurant Association has been lobbying the governor for an earlier opening. On its website, the association said the governor’s approach “underestimates the industry’s ability to reopen and operate safely with enhanced public health measures in place.”

“The IRA supports the idea of an earlier, safe reintroduction of dine-in operations given the grave financial circumstances facing the restaurant industry,” said Sam Toia, president and CEO of the Illinois Restaurant Association. “However, we urge all businesses to continue following official rulings from the state of Illinois as we approach the next phase of reopening.”

The topic of dine-in service is a hot one nationwide. A number of states, including Texas, Iowa, Missouri and Indiana, have already given the go-ahead for dine-in service at limited capacities. Others, including Michigan and California, say that point is weeks away.