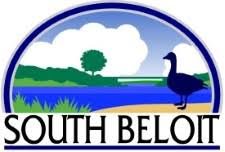 Council member Ryan Adleman presented the suggestion to other council members during the regular city council meeting Monday. The city has a special “boutique” liquor license for businesses that primarily are set up as electronic slot machine gambling establishments. The current city ordinance prohibits any other machines featuring games of chance or entertainment in a boutique establishment.

Adleman said he felt the council should allow items such as dart boards, pool tables and jukeboxes in these establishment to allow them to bring in a little more revenue. He also noted the council recently increased the annual boutique liquor license fee to $7,500, which is the highest fee in the area.

City Clerk Tracy Patrick told the council when the boutique licenses first were established, the restrictions were included so these smaller gambling outlets would be differentiated from the traditional taverns and restaurants and they would not compete head-to-head.

Mayor Ted Rehl said he and other council members will talk with some local tavern owners and some gaming outlets about the issue before bringing the issue back to the council.

The issue was presented to the council because Loves Park recently cut ties with the Rockford Area Convention and Visitors Bureau.

Rehl said he has invited a representative from the Rockford agency to attend the next city council meeting to explain what South Beloit gets for the hotel/motel tax funds. Visit Beloit will be asked to come before the council at a future meeting.