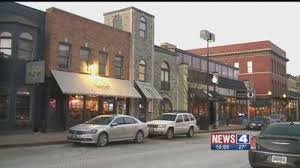 With a brutal six months behind them and a long winter ahead, struggling St. Charles bar owners are pleading for help from city officials.

In an effort to limit the spread of COVID-19, St. Charles Mayor Ray Rogina issued an executive order in late August requiring the city’s 24 bars and restaurants with late-night permits to close at midnight instead of 2 a.m., an order reinforced by the City Council at its Sept. 8 meeting.

But as financial losses mount, St. Charles bar owners appeared at Monday’s city council meeting to ask the mayor and aldermen to reconsider. Owners said they are missing out on two hours of revenue each night, as well as losing business to neighboring towns.

“I’ve been here seven or eight weeks and it’s been very tough times,” said Ed Simbol, owner of Ed’s Basement in St. Charles, which opened in mid-August. “We rely heavily on our late-night crowd.”

Gina Pearson, manager of Mark’s Second Street Tavern, questioned the effectiveness of the order if the rest of the region doesn’t follow suit.

“When we started shutting down at midnight,” Pearson said, “that’s when those bars in the quick vicinity of maybe a mile or a mile-and-a-half are really getting bombarded with all of the people leaving St. Charles.”https://c57f99bd573d9cd74463ec33eebcba05.safeframe.googlesyndication.com/safeframe/1-0-37/html/container.htmlby signing up you agree to our terms of service

While Rogina sympathized with the bar owners, he said he remains concerned about a regression from Phase 4 to Phase 3 of the Restore Illinois plan. Rogina mentioned how Kane County recently appeared on the state’s warning list because of increasing COVID-19 numbers.

“I’m appreciative of all the efforts you make to try your best to follow social distancing rules, etcetera,” Rogina said. “But make no mistake, I think it’s very difficult after midnight in a bar situation to demand people put (a mask) on because they’re having a cocktail or two with their friends.”

Ward 2 Alderman Rita Payleitner, who announced at the Sept. 8 city council meeting that she had recently recovered from COVID-19, backed Rogina’s stance.

Ward 4 Alderman David Pietryla asked the board to address the issue again this fall.

Peter Milligan, owner of the The Filling Station, said he fears patrons are overcrowding late-night bars in other towns and present a risk of spreading the virus when they return to St. Charles.

“A lot of times when governments meddle in the forces of the free-market economy, what is intended and what actually happens is not the same,” Milligan said. “In this case, it might be the opposite.”ADVERTISING

“Wherever it is, midnight to two o’clock is this zone where people’s inhibitions start floating,” Rogina said. “We’ll keep a careful eye on this thing.”