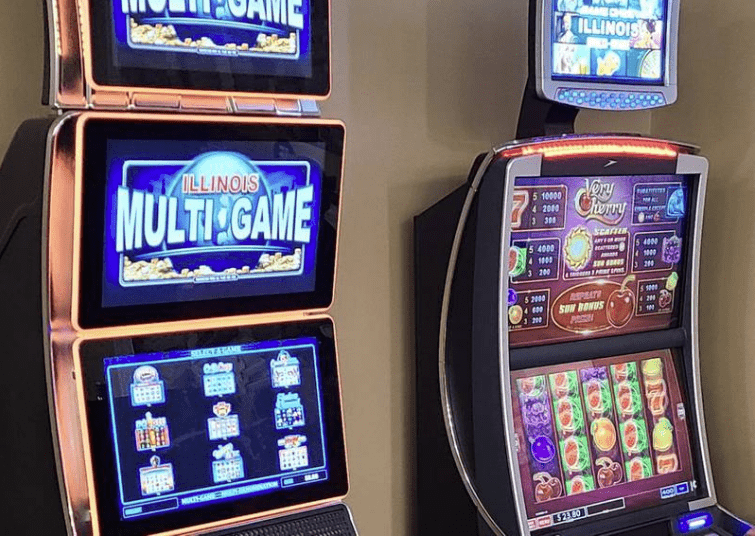 Aldermen this week delayed both routine changes in the ordinance to match a change in state gaming law, and also a proposed change in fees for the video gambling devices.

The delay in changing city code to match the state is for at least two weeks, and will come back to the full City Council at its Aug. 23 meeting.

The delay in increasing the fees was referred back to the City Council Finance Committee, because aldermen agreed there are several issues involving the actual fees that need to be discussed.

Because the agenda already is set for this week’s Finance Committee, it won’t be discussed until the Aug. 25 meeting.

Aldermen made the moves during discussion of the gaming fee ordinance, and after hearing from some local establishments that have video gambling machines.

Jay Wessells, owner of AC’s Pub on the far West Side, said the higher fees would be a hardship because his establishment suffered a fire last December, right after going through problems connected to the coronavirus pandemic.

While the bar and restaurant is getting set to reopen Sept. 1, insurance did not cover all the damage, he said, and the fee increase would be difficult.

“We really don’t need a hit like that,” he said.

Joe Lusk, of the Luxemburger Club on High Street on the East Side, presented another side to the issue. Unlike AC’s, the Luxies Club is a not-for-profit, which uses a lot of the money it raises to donate to social service agencies throughout the city.

He suggested the city adopt lower fees for non-profits than for regular businesses.

“We give money to many organizations, so we’re not just a bar,” Lusk said. “I understand a lot of businesses profit from this; we’re not one of them.”

That suggestion was one reason City Council members wanted to send the fee question back to the Finance Committee.

“We might want to take a look at that,” said Ald. Edward Bugg, 9th Ward, a Finance Committee member.

Ald. Sherman Jenkins, at large, said one reason the council delayed the fee question two weeks ago was to hold a meeting between the city and interested parties, such as bars, restaurants and clubs.

“That did not happen,” Jenkins said. “We need to consider (them) before we take a vote on this. We need at least to have a meeting of the minds.”

Under the city’s current fee structure, the terminal operator – which in the state law is called a distributor but either way is the entity supplying the machines – pays an application fee of $250 and an annual citywide license fee of $1,000.

Mayor Richard Irvin pointed out that the city’s “intent was to give favor” to the licensed establishments.

“Our intention was to have the licensed establishments pay a lot less,” he said.

Many city laws across the state were like that, and the state decided to change statewide law to mandate that the fees be shared equally between terminal operators (which the state calls distributors) and licensed establishments.

The law does allow for the terminal operators to pay the licensed operators fees for them, provided a written, signed agreement is reached between the two.

Aurora’s proposed changes to the fees, which would take effect Oct. 1, would change the $1,000 citywide license fee to a license for each location of $1,000, to be shared between the terminal operators and the licensed establishment.

The monthly terminal fee of $125, which had been allocated $100 for the terminal operator and $25 for the licensed establishment, would be evenly apportioned as well.

Officials estimated this would be an increase, for each machine, of $600, to be split evenly between the terminal operator and the licensed establishment. With the $100 location fee, it would increase that fee by between $350 and $1,500 annually, depending on the number of terminals.

City officials said this week a second proposal was simpler – to increase the fee to $4,250 for each machine, which would be split between the operators and establishments.

“We decided to make one change, to have one fee, that would be required to be split,” said Richard Veenstra, the city’s corporation counsel.

All of those proposed fees will be looked at by the Finance Committee.