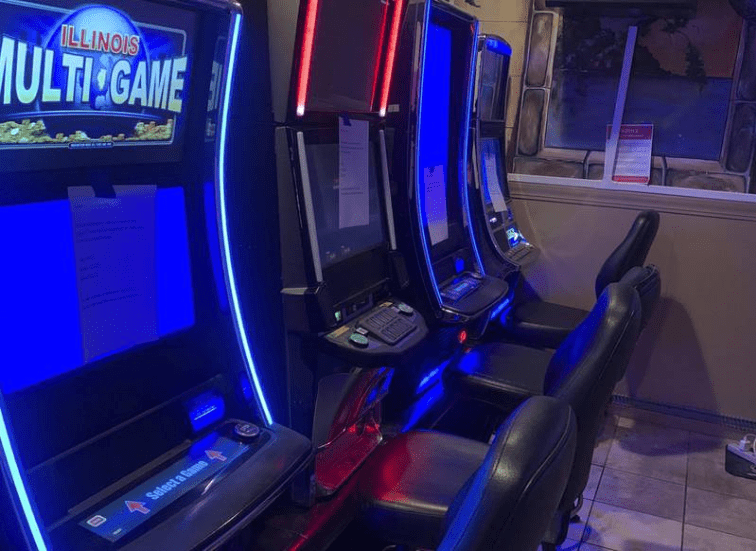 J&J Ventures Gaming is protesting a decision by the village of Tinley Park to suspend its license to operate its gaming machines in three businesses this weekend over payment of a push tax.

The company filed three complaints in Cook County Circuit Court in hopes the Tinley Park businesses can continue to operate their video gaming machines instead of serving a three-day suspension.

Two of the three judges sided with J&J’s in three separate virtual hearings Thursday and Friday regarding gaming terminals at Betty’s Bistro, Little Joe’s and Pad Thai restaurants in Tinley Park. Judges hearing the cases for Betty’s Bistro and Pad Thai said they would allow them to operate, citing potential loss of income and reputation damage.

Only the judge hearing a case for Little Joe’s, a pizza restaurant, denied the measure, and the machines there were shut down Friday afternoon, the owner said.

J&J’s complaint is over the village’s push tax, which was approved by the Village Board in June 2021 and went into effect April 30 of this year. The village’s ordinance imposes a 1-cent tax on players for every play of a video gaming terminal.

The terminal operators of the video gaming terminal are considered tax collectors for the village, according to the village’s ordinance. Village documents said the push tax payments accompanied by tax returns shall be remitted to the village on or before of the 20th of each month.

J&J attempted to put out receptacles to collect the push tax payments from the players of its video gaming machines as well as a sign that alerts players to the village’s 1-cent per play policy, which it says is a tax on the players. The signs say the tax is not collected from the money deposited into the gaming machines, but players should keep track of their plays and deposit the tax owed to the village in a receptacle marked Push Tax Deposit Box, according to the court complaints.

They collected and paid $4.05 for the push tax for the May 2022 tax period at both Little Joe’s and Pad Thai and paid it to the village in mid-June, according to their court documents, which assert the village issued violations at the establishments for failure to collect the push tax from each person playing video games in May.

J&J attempted to install a receptacle for collecting the push tax at Betty’s Bistro with signs, but was rejected by the business and no players paid for the push tax for May, according to court documents. They also received a violation letter from the village in July, court documents said.

At Zoom hearings Thursday and Friday, attorney Kim Walberg, who represents J&J, said the process of suspending the license punishes the state and the village from collecting gaming taxes, hurts the businesses’ livelihoods and causes damage to J&J’s reputation in the gaming industry.

Customers who want to enjoy gambling over the weekend would go somewhere else if the businesses had to shut down their machines, and employees, who work for hourly wages at these establishments, wouldn’t have an income, Walberg said. Having the machines shut down inflicts the greatest harm on the businesses, she said.

“This is taking much needed money out of their pockets when they can least afford it,” Walberg said, calling the punishment excessive.

Instead of shutting down gaming machines, they could have issued a fine, she said.

Jennifer Turiello, an attorney representing Tinley Park, said the village has a right to enforce its ordinances and said the businesses don’t have to close their doors because their gaming machines are temporarily shut down.

Tinley Park’s ordinance states the push tax provides revenue to promote the general health, safety and welfare of the village and its residents and provide adequate funds to offset the adverse effects of gambling within the village.

Judge Pamela Meyerson on Thursday approved J&J’s request to stay the suspension at Betty’s Bistro. Meyerson said the penalty was greater to J&J’s and Betty’s Bistro, and the village would have to wait at least three weeks to impose a penalty while the legal questions work through the court system.

Hearing the case regarding Pad Thai, Judge Caroline Moreland also granted a 21-day stay. Moreland also said putting off the suspension was necessary until a court can rule on the merits of the case. She cited the loss of income to the establishment and potential reputation damage and said there are conflicting rulings among the judges in these three incidents.

Sue Vazquez, owner of Little Joe’s, said COVID-19 and inflation raising the cost of her purchases has hurt her business. Gaming machines help pay the rent, she said.

The push tax has been confusing, but she said she feels as if she has abided by all the rules.

“COVID has been hurtful for everyone,” Vazquez said. “We were closed, gaming was closed. We are all just trying to survive.”

Her customers want to enjoy a meal and gambling, and trying to collect a penny-per-play from customers isn’t right, Vazquez said.

“They want to have fun and escape their problems,” she said. “We shouldn’t have to come down on the customers.”

Michelle Mullins is a freelance reporter for the Daily Southtown.