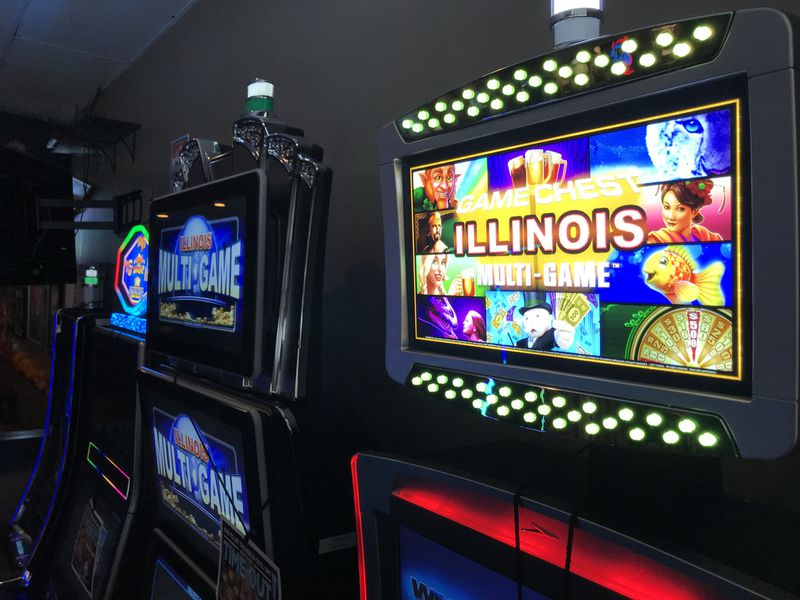 Thank you for supporting our journalism. This article is available exclusively for our subscribers, who help fund our work at the Chicago Tribune.

Tinley Park officials have approved a penny-per-play tax on video gambling machines, a move delayed for more than a year due to the COVID-19 pandemic.

The 1-cent tax for each push or play on a video gambling terminal will go into effect April 30, 2022, under the ordinance approved Tuesday by the Village Board.

The tax would fall on gamblers, but the owners of the machines, which are companies separate from the restaurant or bar where the devices are located, would be put in the position of tax collectors.

Tinley Park has studied the tax since March of last year, before the pandemic brought on orders for nonessential businesses, including video gambling, to suspend operations.

Initially, video gambling was halted from March 16 through the end of last June, then again from Nov. 20 through mid-January of this year, according to the state gaming board.

As of the end of May, there were 195 video gambling terminals at 37 locations in Tinley Park, according to the gaming board.

For all of May, gamblers spent nearly $5.2 million at those machines, and the village realized revenue from the existing tax on gaming of almost $66,400, according to the state board.

It’s not clear how much the new 1-cent tax would generate, and, under the ordinance, revenue generated would be used to “promote the general health, safety and welfare” of the village and “provide adequate funds to offset the adverse effects of gambling within the village.”

The site is directly north of an Amazon fulfillment center under construction in Matteson, and Indianapolis-based Scannell Properties is proposing a phased development of up to 1.3 million square feet of industrial space for warehousing and distribution on the site Tinley Park.

A rendering of an industrial development proposed at the northeast corner of Harlem Avenue and Vollmer Road at a site Tinley Park seeks too annex. (Village of Tinley Park)

The village has scheduled a public hearing for 7 p.m. June 29 on the annexation, and final approval is expected by the Village Board following the hearing.

News updates from the south suburbs delivered every Monday and Wednesday

Up to three buildings could be constructed, and the first would be just under 200,000 square feet and be located at the north end of the site, according to initial plans. Scannell plans that to be a speculative building, with no designated tenant lined up to occupy it.

It would have 24 loading docks and outside space for storing up to 50 trailers.

The entire property would be accessible at three locations along Harlem, including at the stoplight at Benton Drive, and there would also be access from Vollmer, according to plans.