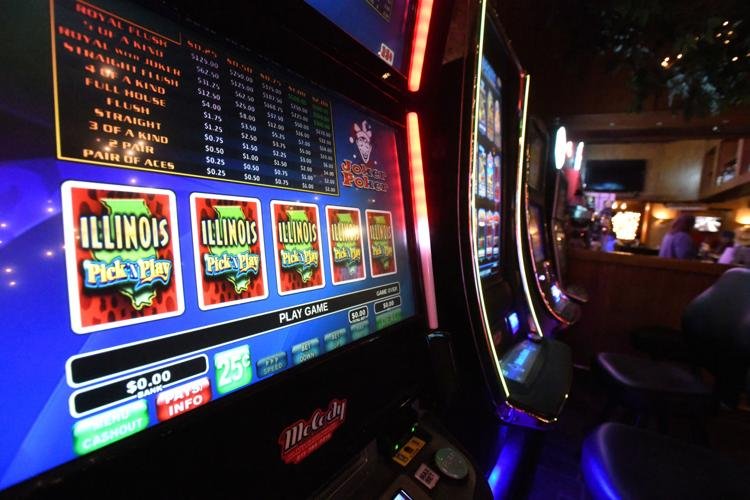 Video gaming revenues are going to be lower in 2020. That news should not shock anyone as gaming terminals were shut down by Gov. J.B. Pritzker from March 16 through the beginning of July in a way to fight the COVID-19 pandemic.

But the loss of the wagering in that three-and-a-half-month span has cost each and every community within the region thousands of dollars. In some cases, more than $126,000 thus far this year which would have been plugged into struggling general funds.

Community after community has experienced a year-over-year gaming tax revenue decline when comparing the months January through September 2019 versus those same months in 2020.

Not surprisingly, Kankakee has taken the largest hit because the city has the most gaming terminals — 207.

According to statistics from the Illinois Gaming Board, Kankakee had 2020 revenues of $238,752 through the first nine months of this year. By comparison, the city had $364,957 in 2019 during that same time frame. Those figures — a reduction of just over $126,000 of income — represents a 35 percent drop of city gambling taxes from state-licensed video gaming.

The story is the same across the region.

Kankakee comptroller Elizabeth Kubal said the city is actually doing well in terms of budgeting gaming dollars. She said when the budget was adopted this summer, the city was well aware revenues were going to be down due to the pandemic.

It would be easy to say that without the lost half-month of March and all of April, the city would have realized gaming revenues in excess of $500,000 in the past fiscal year. That is correct. A half million dollars.

In the current year’s budget, Kankakee has a budgeted amount of $396,500. It would be hard to imagine that total not being surpassed provided there are no other lockdowns.

Part of the reason for communities recovering gaming losses quicker than expected is the fact establishments were allowed to have a maximum of six gaming terminals, rather than five. The increase of an addition gambling station per location went into effect when the Illinois General Assembly approved Pritzker’s $45-billion Rebuild Illinois capital bill.

Manteno, which picked up an additional five poker machines as a result of this legislation, expects its revenues to get back in line sooner rather than later.

Chris LaRocque, village administrator, said while revenues are down about 30 percent as of the end of September, he believes the end of the budget year on April 30 the loss will likely be in the 15-20 percent range.

“That’s our hope. And the gaming revenue has not been as bad as we thought it would have been. We’ve lose revenues in so many areas this year. But for some people this is their hobby and there was some pent up demand,” he said.