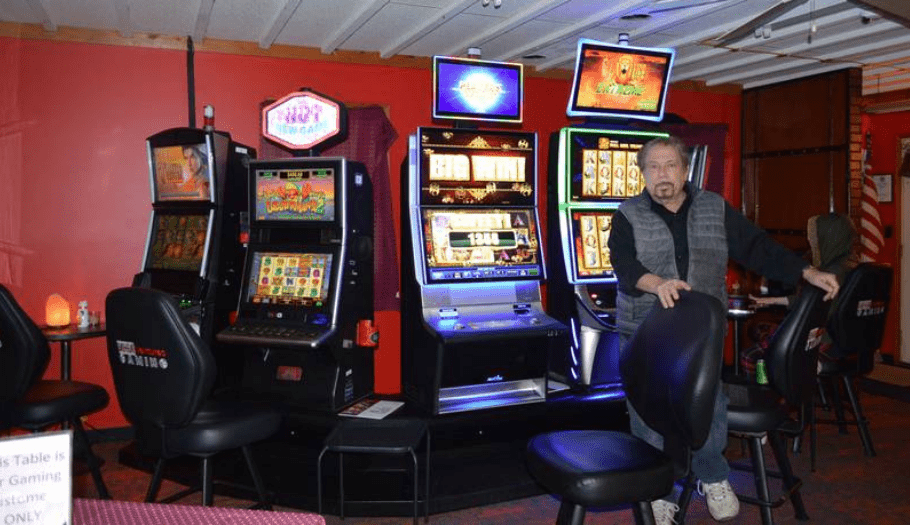 At their March 8 meeting, commissioners unanimously voted to table the matter until May 24. The annual fee is charged on June 1, City Administrator Darin DeHaan said.

“It gives us time to go back and look at pre-COVID and COVID revenue [from the gaming terminals] and see how much of an impact that made,” Finance Commissioner Terry Schuster said.

The matter originally was considered at the council’s Feb. 23 meeting, but council members postponed making a decision after hearing protests from local business owners who rent video gaming terminals.

At the March 8 meeting, Mayor Ken Williams proposed tabling the matter for a year to give businesses a chance to use profits from the terminals to assist in recovering revenue lost from COVID-19 impacts.

“We could wait a year without any harm to the city and then when we do it, we do it as a tiered basis,” Williams suggested.

According to the Illinois Gaming Board’s video gaming monthly revenue reports, Oregon made $173,685.95 from video gaming terminal taxes and fees in 2021.

In a separate interview, DeHaan said $40,000 of that money, goes into the city’s General Fund to support general operational expenses, $50,000 goes into the City Hall Capital Improvement Fund to help pay for the upkeep of the building and the remainder is allocated to the Economic Development Fund.

“[The Economic Development Fund supports] things that spur economic growth, like downtown flowers, landscaping and watering, to our contract with an economic development consultant, website design and maintenance, brochures, newsletters, some facade grants, etc.,” DaHaan said. “We also used it to help get the Farmers’ Market started last year.”