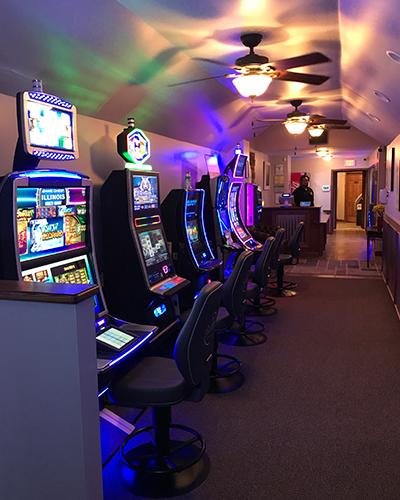 VILLAGE OF GOOD HOPE — The Village Board of Good Hope passed an ordinance on Monday, March 10, allowing video gambling machines within the village, and it will deliberate on cannabis-related businesses in the village in future meetings.

Board members centered the discussion around the BP Gas Station on 245 E Vine St, which approached the board about adding video gambling machines to their store in order to generate further revenue.

The request for video gaming from the store’s owners was originally delivered in April of 2019, nearly a year from the ordinance’s passing. Since then, Village President John Connor said the business has been working not only with the village board, but with the appropriate licensing authorities at the Illinois State Gaming Board.

Although Ordinance No. 728 passed unanimously, one concern from Village Treasurer Judith Julien was that children could be exposed to the video gambling machines. She said that she’d felt reassured that the machines would be out of sight when the idea was originally proposed, but said it seems that’s been changed.

“I hope they put a wall up if they’re going to do it, because I don’t think it’s right,” Julien said. “The kids walking in to get candy are going to see it and be thinking about it.”

President Connor said that the building posed size constraints when talking about a wall, but added that it’s already in the gas station’s best interest to keep minors away from the machines. He said that such violations of their license could earn them major fines, and the loss of their license on the first penalty.

Next month, the board will begin discussing an ordinance to bar the opening of cannabis related businesses and dispensaries in village limits. Currently, as is the case with all businesses, the Village Board would need to be approached by a prospective owner and awarded a license to operate said business.

Although the ordinance’s title suggests it would prohibit the use of cannabis and cannabis products in the village, Connor said that it complies with the Illinois Cannabis Regulation and Tax Act, Public Act 101-0027 and the Compassionate Use of Medical Cannabis Pilot Program Act. In short, the village cannot stop its residents from lawfully purchasing the product in a town with a licensed dispensary, bringing it home as the law allows, and using it within their private residence. The ordinance’s justification in paragraph three says that these restrictions on cannabis businesses and other-such establishments are for the health, safety, and welfare of its residents, as well as to avoid unnecessary expenses on local law enforcement and regulatory operations.