Villages to give video gaming another look 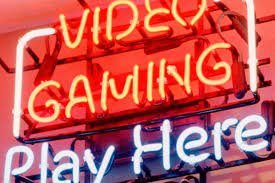 As Edwardsville prepares to put a non-binding referendum on video gaming on the April 2021 ballot, neighboring munis that initially banned video gambling are dusting off the issue for a second or third look.

“One of the reasons I brought it up is the current economic situation due to the pandemic,” said Mayor Robert Jackstadt during a phone call recently.

“I do think things are different this time,” he said, and not just because we’re in a pandemic. “It would help out small businesses and real estate taxpayers by providing another revenue source.”

The council’s composition is different now and the village has a larger population than it did six and eight years ago.

Jackstadt said the issue was put on the November general election ballot as a non-binding referendum in 2012 and 57 percent of the voters did not want it versus 43 percent who did. About 15 months later, video game resurfaced as a topic and the trustees voted at a March 25, 2014 board meeting. Two trustees were for the idea and four were against it.

Since then, Jackstadt said some of the downsides expressed by opponents have not been seen in communities that approved video gaming, such as increases in crime and addiction.

Of the trustees, Mary Beth Williams is not in favor of the idea any more than she was in ’14 and ’12. Jackstadt said Ben Maliszewski leans toward approving it while trustees Walt Harris and Bob Marcus are open-minded to the idea but asked for more time to do research. Susan Jensen is for the idea while Mark Foley agrees with Harris and Marcus on the need for additional research before he votes.

“I want to provide as much information to the trustees as they feel they need to make a decision,” he said. “We want to do it right; we don’t want to rush it.”

Jackstadt said it is reasonable to assume the issue will come back for a vote sometime this fall.

In Maryville, the tone is slightly different.

“There is obviously an interest by some of our local businesses in video gaming,” said Mayor Craig Short in an email on Sept. 2. “The board will take up the subject in the near future to determine if the board has an interest in allowing video gaming and, if so, what restrictions Maryville would have (as well as fees). However, the village board is looking for ways to help our restaurant and bar businesses, especially because of the suffering they have endured due to the ongoing pandemic.”

Short said by phone Thursday that the village’s previous administration made it clear that it was opposed to video gaming. He was elected mayor in 2017.

“Since Maryville has permitted adult-use cannabis, if we ever have a facility interested in opening here, some of the trustees said maybe we need to review video gaming because we may have missed the boat,” Short said.

When it came to video gaming, Short said there were initial fears of people gambling away large amounts of money. He added that people with addictive personalities will find a way to sate those tendencies; in this case, he said anyone like that in Maryville went to other towns to gamble.

“At this time, I do not have a solid opinion on this topic,” wrote Trustee Julie Clark in an email Wednesday. “I would have to look at any specific proposal brought before the board in order to make a decision on my vote.”

Short said if trustees can put limits in the legislation, the board is more likely to approve an ordinance with controls, depending on how it is written. Overall, Short said he does not believe video gaming would prove to be a financial boon for the village like it would be for a community the size of Edwardsville, but it may provide an extra $2,000 per month for some bars and restaurants, which they could then put toward utility bills, for example