Owners Say Restaurants Are Not The Source Of COVID-19 Spread, But City Does Not Agree 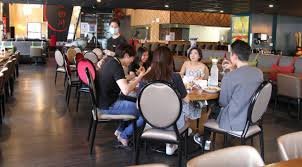 Chicago points to record COVID-19 numbers as the reason to shut down indoor dining, but still, some of the city’s most popular restaurants said they are not the source of the spread.

As CBS 2’s Marissa Parra reported Wednesday, the restaurateurs now claim they have the evidence to back it up.

The restaurant owners said they are fighting to survive the coronavirus pandemic. Owners from a handful of restaurants call the latest indoor dining ban the “final nail in the coffin.”

Restaurant owners said they waited 40 days for city data on indoor dining and COVID-19 – and now that they have their hands on it, they are even more frustrated.

“Only 585 people out of 18,000 reported they’d visited a restaurant within 14 days of feeling sick,” said Roger Romanelli of the Fulton Market Association. “They were only able to contract trace or interview 8,009 of those people. That’s 44.6 percent. We need 100 percent.”

And those tents and dining bubbles that you see in Fulton Market, while flashy, are not sustainable.

Gov. JB Pritzker last month ordered dining rooms shut down again after showing higher case numbers for those who visit bars and restaurants. The Illinois Restaurant Association has noted that Illinois is the only state where indoor dining is completely banned right now.

Parra went to Northwestern University sociologist Beth Redbird to get her take.

Redbird looks at data from phones. Her team is tracking the places people around the country are going, in hopes they can predict where people are getting infected.

“About 10 percent of points of interest account for about 80 percent of infections,” Redbird said.

Their research shows those “points of interest” include places such as gyms, grocery stores, places of worship, and restaurants.

“Reducing occupancy at places to 20 percent at maximum at a place like a restaurant can reduce infections by 80 percent,” Redbird said.

Redbird added that her research shows that in tandem with mask-wearing and ventilation, reducing occupancy could show big results that help keep businesses afloat.

“What we find is reducing occupancy at any place, particularly densely occupied places, can really help reduce the spread,” she said.

In response to all this, the Chicago Department of Public Health cited the same Northwestern research, which was gathered in a study conducted along with Stanford University. The study’s model said that if restaurants reopened at full capacity in Chicago, they would result in 600,000 new coronavirus infections by the end of May.

The department said in a statement:

“While the City is following public health regulations from the state of Illinois, including the prohibition of indoor dining and bar service, we know that this has placed a significant burden on bars, restaurants and the people they employ. Due to the widespread community outbreak that we have now, it is difficult to know for certain where someone was exposed to COVID-19. However, our data and outside studies indicate that there are significant concerns about these locations. Our case investigations and contact tracing have shown that one of the most frequent locations that people infected with COVID-19 reported visiting in the two weeks prior to their positive test was bars and restaurants.

“Also, even when restaurants and bars follow the guidelines, they are by their very nature a concern during a pandemic: it is difficult to maintain social distancing, people are talking and interacting often in close proximity to one another, and they must frequently remove their masks to eat and drink, which increases the risk of transmission. One of the many unfortunate consequences of this pandemic has been the detrimental impact on the hospitality industry, but we are committed to continuing to work with the industry to help them weather this difficult time.”

The department noted that city investigators have conducted more than 5,000 investigations of businesses since COVID-19 regulations first came into effect in March, and 400 businesses have been cited.